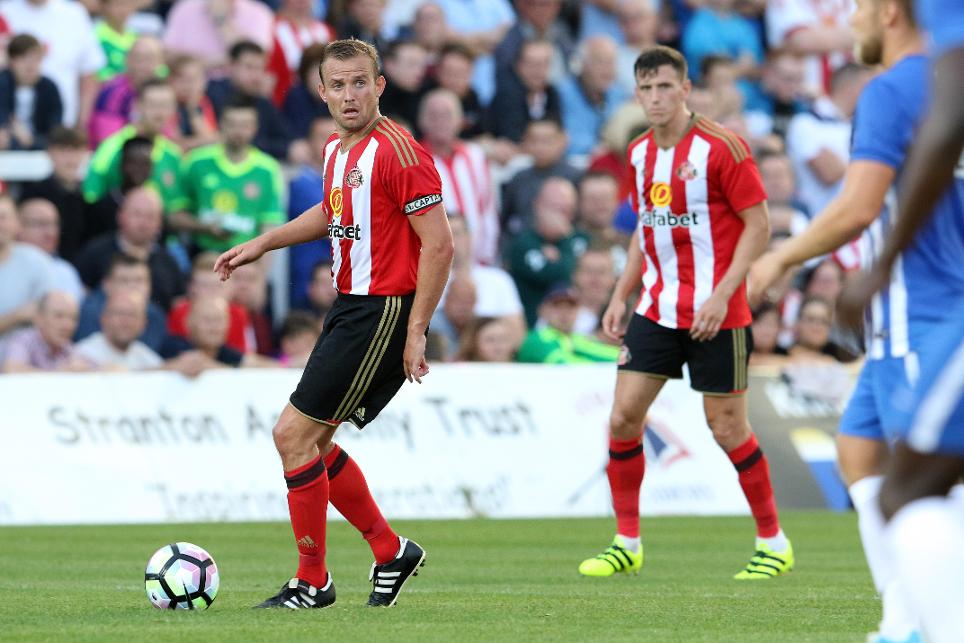 With the new Premier League season only days away, we run the rule over each club competing in the 2016/17 campaign.

Sunderland go into the 2016/17 Premier League buoyed by their escape from relegation last season, with new manager David Moyes aiming to build on the success of Sam Allardyce.

The Black Cats’ highest Premier League finish is seventh place, which they achieved in the 1999/00 campaign, when Kevin Phillips scored 30 goals to claim the Premier League Golden Boot. They repeated the achievement in the following season.

The signing of Papy Djilobodji from Chelsea is Sunderland's only piece of business in terms of summer incomings.

Emanuele Giaccherini, Wes Brown, Danny Graham and Steven Fletcher are among the senior players to have left the club ahead of 2016/17.

Moyes often favoured a 4-4-2 or 4-4-1-1 formation during his previous managerial spells in the Premier League, mainly with Everton before joining Manchester United, but with little time to get to know his squad it is not entirely clear how he will line his team up at Manchester City on Saturday 13 August.

Sunderland’s steady improvement under Allardyce in the second half of last season was built on the basis of a 4-1-4-1 formation, with Jan Kirchhoff holding in defensive midfield and top scorer Jermain Defoe leading the line.

In Sunderland’s final pre-season match they lined up with Lee Cattermole and Jack Rodwell in central midfield, while Jeremain Lens, Duncan Watmore and Wahbi Khazri provided support for Fabio Borini up front.

Only Allardyce and three other managers have more Premier League experience than Moyes, who has taken charge of 461 matches in the competition. (See Moyes' all-time PL record).

The Scot started his Premier League career in 2002 when he took over an Everton side struggling against relegation, but he kept them up and transformed them into regular challengers for European qualification.

The Toffees finished fourth in 2004/05 and regularly found themselves in the top eight, earning him the chance to succeed Sir Alex Ferguson as Man Utd manager in May 2013.

He led the Red Devils to the UEFA Champions League quarter-finals and helped them finish seventh before leaving the club in April 2014, and has since had a spell with Spanish side Real Sociedad.

Moyes joins a list of other Sunderland managers in the PL including Peter Reid, who led the club to promotion to the Premier League for the first time in 1996, with Roy Keane, Martin O’Neill and Gus Poyet among the other men to take charge in the top flight.

The Black Cats were never higher than 17th place in 2015/16, but that was all they needed as a 3-0 victory over Everton in their penultimate match of the season secured their Premier League safety.

Sunderland’s season started with a nine-match winless run and a five-match streak of defeats in the festive period, leaving them bottom of the table at the start of 2016.

But they lost just four matches in the second half of the campaign and finished two points above the drop zone and local rivals Newcastle United.

The Wearsiders won four out of six pre-season matches, earning victories at Hartlepool United and Rotherham United before wins over Stade Nyonnais and Dijon FCO, and a draw with Montpellier, in a trip to France.

They ended their 2016/17 preparations with a 1-1 draw against Borussia Dortmund in Austria.

Defoe is doubtful for the season opener at Man City with a thigh injury and Billy Jones has a minor hip problem.

Kirchhoff is also facing a race to be fit for the opening weekend but there are no other major injury concerns going into the 2016/17 campaign.

"I am delighted to have joined Sunderland. I am relishing the challenge and excited by the opportunity.

"I have taken over a big British club, with a great support and I’m looking forward to working in the Premier League again. I look forward to continuing the good work done by Sam."