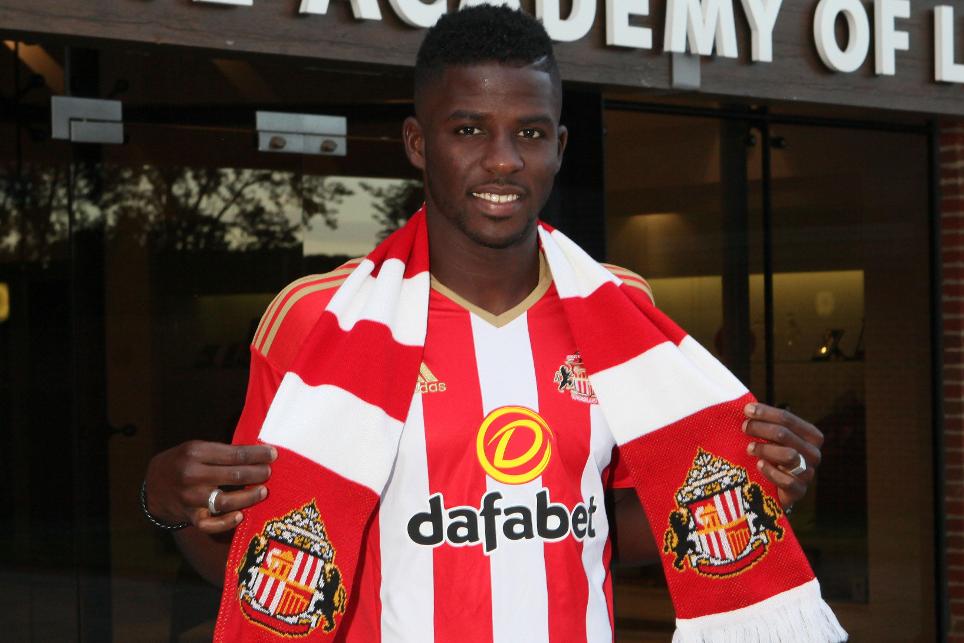 Sunderland have completed the signing of Papy Djilobodji from Chelsea for £8million.

The 27-year-old Senegal defender, who can also play as a defensive midfielder, has agreed a four-year deal and is David Moyes’ first signing as Sunderland manager.

Djilobodji was signed by Chelsea from Nantes last summer but made only one appearance before going on loan to Werder Bremen in January.

He helped the club stay in the Bundesliga with an 88th-minute winning goal on the final day of the 2015/16 season.

The 193cm-tall player has been capped 13 times by Senegal, including at the 2015 Africa Cup of Nations.

Sunderland open their 2016/17 Premier League campaign with a trip to Manchester City on 13 August.