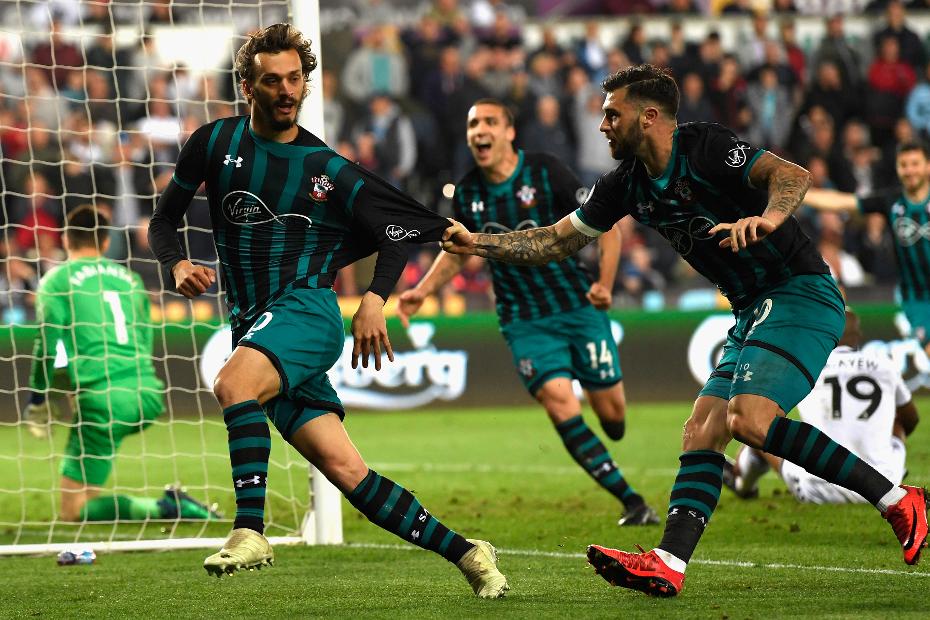 Manolo Gabbiadini scored a 72nd-minute winner to lift Saints three points above the bottom three and with a superior goal difference to 18th-placed Swansea.

The hosts made the better start at Liberty Stadium but it was not until the 47th minute that Jordan Ayew forced a diving stop from Alex McCarthy.

The best chances fell to Charlie Austin, who was denied on four separate occasions by Lukasz Fabianski before Saints struck.

Shortly after coming on for defender Jan Bednarek, substitute Gabbiadini pounced on the rebound of a fifth saved Austin shot to take Mark Hughes's side up to 16th.

Huddersfield Town drop to 17th but can secure their PL status if they avoid defeat at Chelsea on Wednesday night.

The battle against relegation