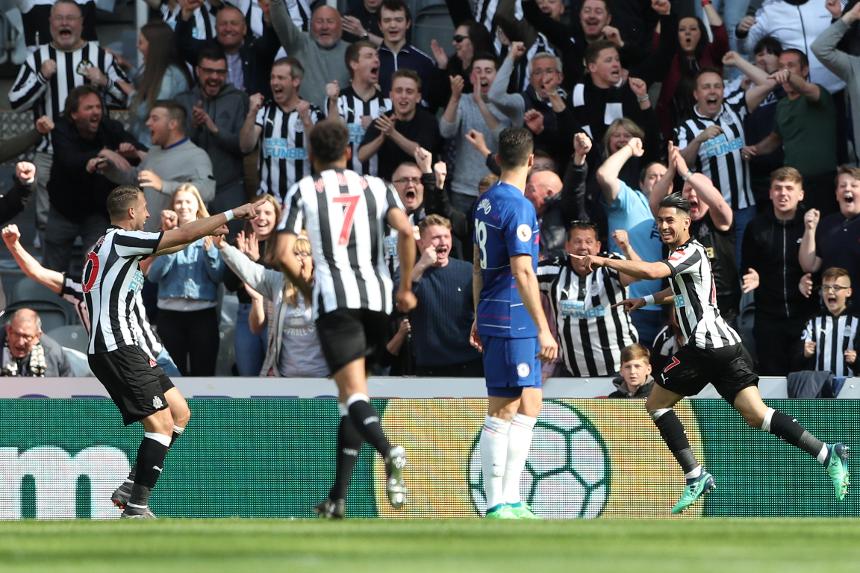 Ayoze Perez scored twice as Newcastle United ended Chelsea’s slim hopes of snatching a place in the top four with a comprehensive 3-0 win.

Dwight Gayle nodded the Magpies into a 23rd-minute lead after Thibaut Courtois had tipped away Jacob Murphy’s header.

Perez scored his first in the 59th minute when he flicked in Jonjo Shelvey's half-volley from close range.

A much-changed Chelsea side offered little and only a string of first-half saves from Courtois prevented them suffering a heavier defeat.