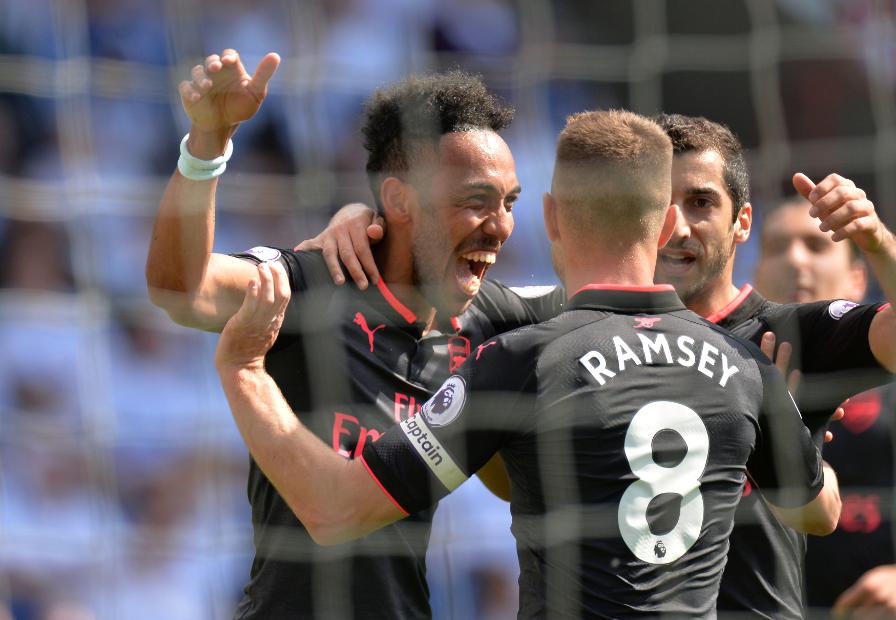 The hosts twice came close through Tom Ince, who fired high and then wide in the opening 15 minutes.

On his 13th appearance the January signing became the Arsenal player to reach 10 Premier League goals in the fewest number of matches.

Lacazette’s chip and Danny Welbeck’s effort were both saved by Jonas Lossl, while Aaron Mooy hit the bar at the other end on 88 minutes.

Arsenal held on for their first away win in 2018 and the 476th and final victory of Wenger’s 22-year reign as manager.

They finish the campaign in sixth place, on 63 points. Town finish in 16th on 37 points.