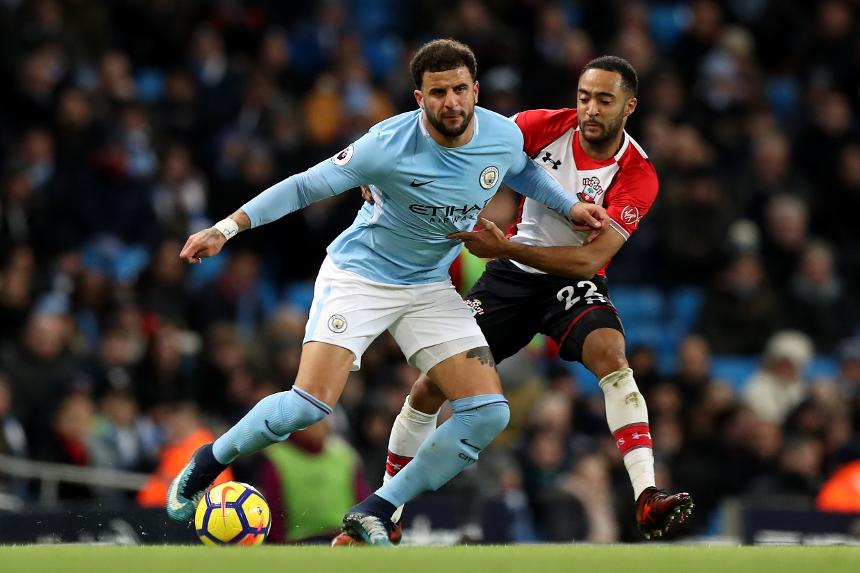 Southampton are hopeful of having Mario Lemina back from a hamstring strain but Jan Bednarek might miss out after suffering a clash of heads in the midweek win at Swansea City.

Manchester City striker Sergio Aguero (knee) remains sidelined but the rest of the squad is available for selection.

Southampton have won eight points from their last four Premier League matches (W2 D2), as many as they picked up in the previous 12 combined (W1 D5 L6).

Man City have won two of their last three PL visits to St Mary's Stadium, triumphing 3-0 on both occasions.

If Manchester City win they will set records for the most away wins in a Premier League season, with 16, and the most points on the road, with 50.

A Man City win would also make them the first team to reach 100 points in an English top-flight campaign.