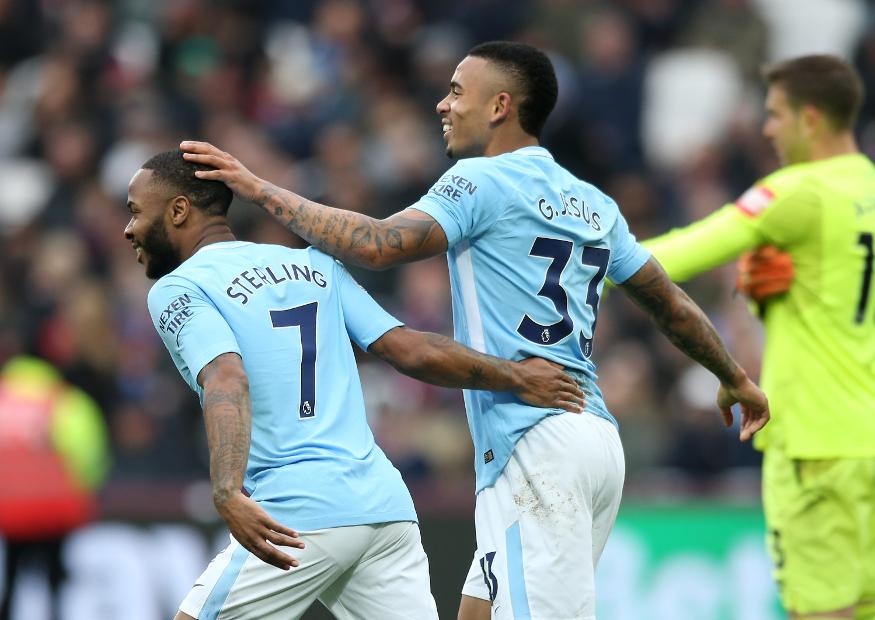 But Gameweek 36 served as a reminder that, when it comes to bonus points, it is Jesus who has the advantage over his team-mate.

Sterling and Jesus were the two most-bought players in Gameweek 35 and trailed only Harry Kane (£13.0m) for signings ahead of the Gameweek 36 deadline.

More than 475,000 managers have brought in the Brazilian in the last two Gameweeks, while over 462,000 have acquired Sterling.

With Man City having back-to-back home fixtures in Gameweek 37, against Huddersfield Town and Brighton & Hove Albion, the pair are again the most sought-after players.

Those investing in Sterling will be hoping that he can overcome his recent struggles when it comes to bonus points.

He has been FPL's most consistent performer over the last six Gameweeks.

Mohamed Salah (£10.6m) has scored 54 points to Sterling's 50 in that period, but the Man City midfielder has produced points in every match.

The Englishman has recorded three goals and seven assists from the six matches.

But he has earned only one bonus point, which arrived in Sunday's 4-1 win at West Ham United.

Sterling produced a hat-trick of assists in that victory, though team-mate Jesus still claimed the maximum three bonus points.

The winger ended the match with a total of 33 in the Bonus Points System (BPS), which is used to give a player performance score based on a range of statistics supplied by Opta.

Sterling lost points in the BPS after being tackled on four occasions, giving away three fouls and missing a big chance.

These factors combined to dent his overall BPS tally, which left him trailing the 45 scored by Jesus and the 37 of Fernandinho (£5.0m)

Jesus benefited from being classified as a forward.

For his goal alone he scored 24 points in the BPS. That almost equalled Sterling's 27 gained for his three assists.

Indeed, midfielders such as Sterling and Salah, who shoot and often take on opponents, can lose out to team-mates who are forwards.

Sterling and Salah are the two top-scoring players in FPL, though only 8.5 per cent and 8.9 cent of their totals are made up from bonus points.

It is something for managers to consider for the remaining Gameweeks.