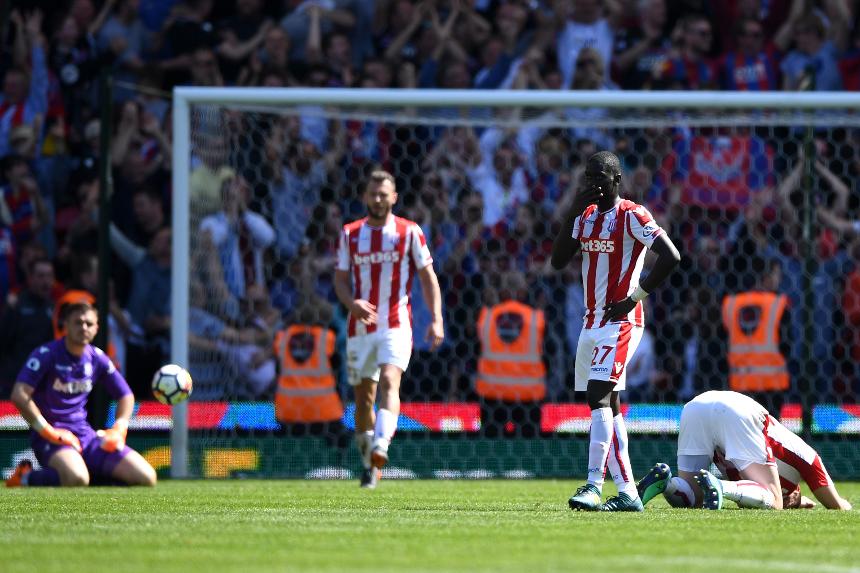 Patrick van Aanholt scored a late winner as Crystal Palace earned a 2-1 come-from-behind victory over Stoke City, a result which relegates the Potters from the Premier League.

Xherdan Shaqiri put the home side ahead on 43 minutes at bet365 Stadium. His well-taken free-kick went in via a slight deflection off Ruben Loftus-Cheek.

But Palace drew level with 22 minutes to go when James McArthur finished into the far corner after a smart counter-attack.

Van Aanholt completed the turnaround that sealed Stoke's fate after Wilfried Zaha's through-ball was diverted into his path by Ryan Shawcross.

The Potters are bottom, after West Bromwich Albion's win over Tottenham Hotspur, and three points from safety with one match to play, and with no way of moving above both Southampton and Swansea City.

Crystal Palace are 11th and are the first team to avoid relegation from the top flight despite losing their opening seven league matches since Liverpool in 1899/00.