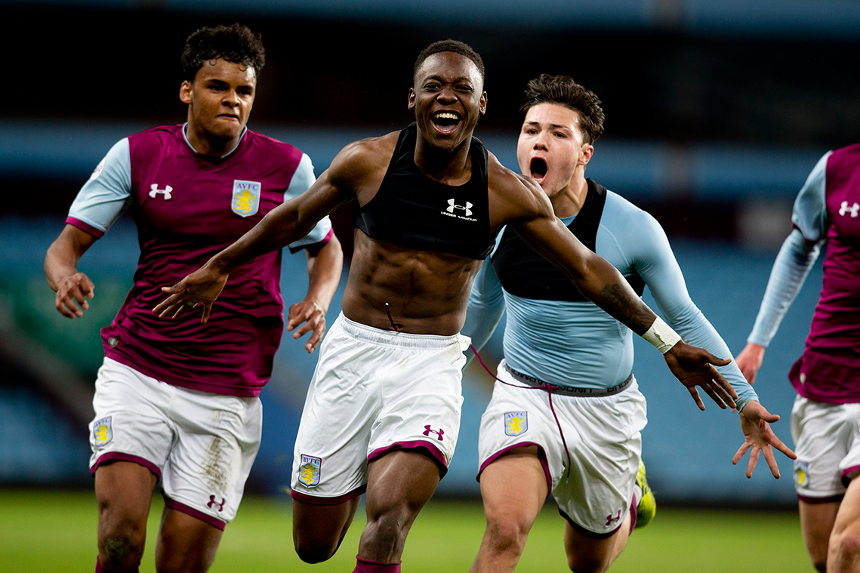 Rushian Hepburn-Murphy scored a stoppage-time winner to take Aston Villa into the Premier League 2 Division 2 play-off final with a 4-3 win over Reading at Villa Park.

After a goalless first hour, there were seven goals in an extraordinary conclusion to the contest.

Gabriel Osho put the visitors ahead, but Hepburn-Murphy equalised immediately and Easah Suliman headed the hosts in front before Tom McIntyre made it 2-2.

But Hepburn-Murphy (pictured), a nominee for April's PL2 Player of the Month and the two-goal hero in their Premier League Cup semi-final win over Leicester City, had the final say seconds before the tie would have gone to extra-time.

Villa, who finished second in the table, now play third-placed Brighton & Hove Albion at Villa Park in the final, with the winner getting promoted to Division 1.