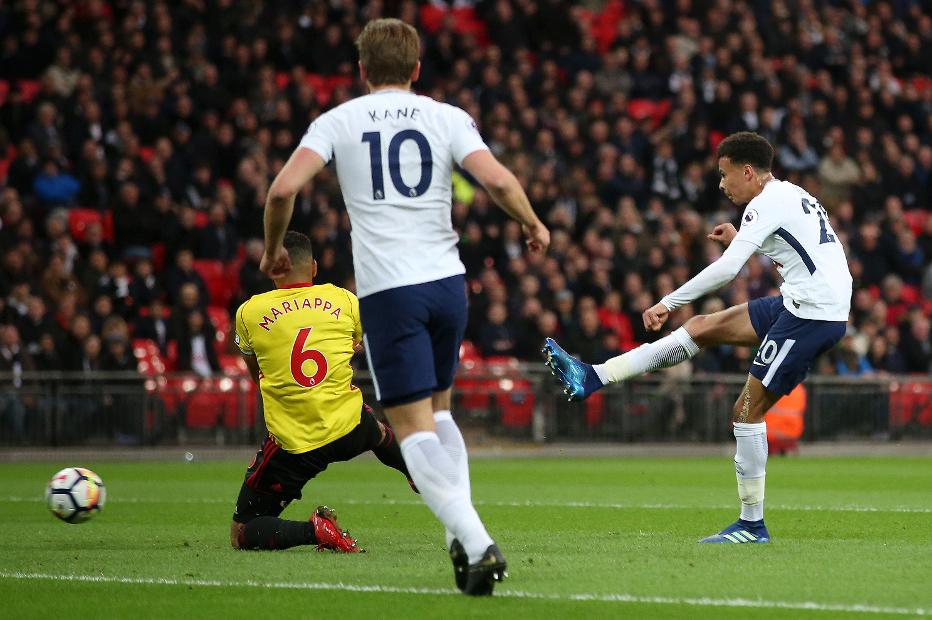 Tottenham Hotspur moved to within a point of third-placed Liverpool as goals from Dele Alli and Harry Kane sealed a 2-0 win over Watford at Wembley Stadium.

Spurs took the lead after 16 minutes when Orestis Karnezis fumbled Kieran Trippier’s cross into the path of Christian Eriksen, who teed up Alli for his ninth Premier League goal of the season.

But the hosts doubled their lead on 48 minutes when Trippier picked out Kane, who scored his 27th PL goal of the season.

Jan Vertonghen headed against Watford’s post and Richarlison and Moussa Sissoko both skied chances, but fourth-placed Spurs held on to close on Liverpool with a match in hand.

An eighth successive league away defeat by the north Londoners leaves Watford 13th, six points above the relegation zone.