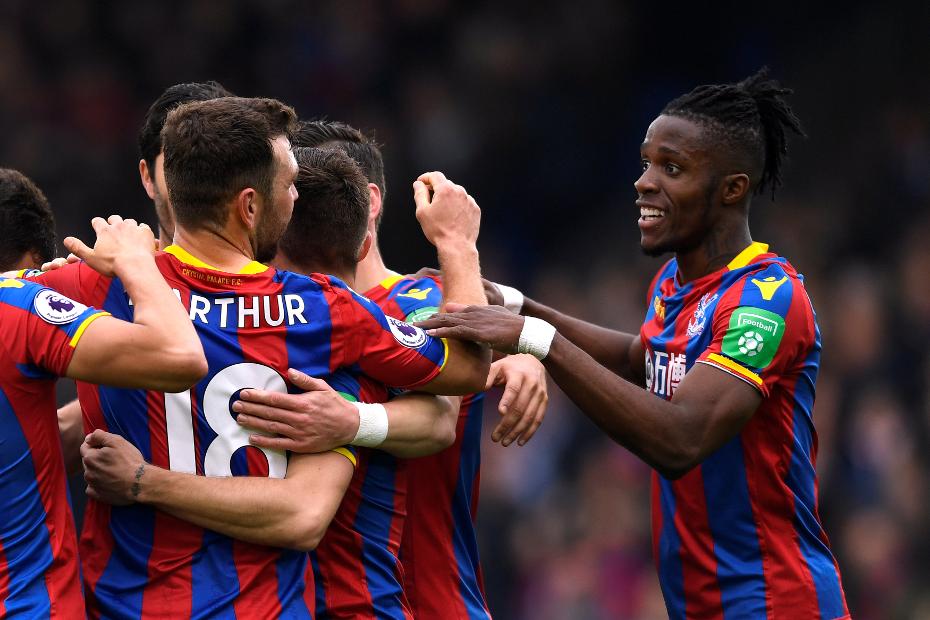 Crystal Palace took a huge step towards safety with a 5-0 win over Leicester City at Selhurst Park.

There were five different goalscorers as back-to-back home wins for the first time in a year lift the Eagles up to 11th.

After Palace's James Tomkins and Leicester's Jamie Vardy had efforts cleared off the line, Zaha opened the scoring with a high shot on 17 minutes.

McArthur assisted the opening goal and doubled the lead before half-time in a role reversal with Zaha.

Leicester then had Marc Albrighton handed a straight red card for fouling Zaha when through on goal and conceded three late goals.

Ruben Loftus-Cheek, Patrick van Aanholt and Christian Benteke, from a penalty, struck for a Palace side who are six points clear of the bottom three.