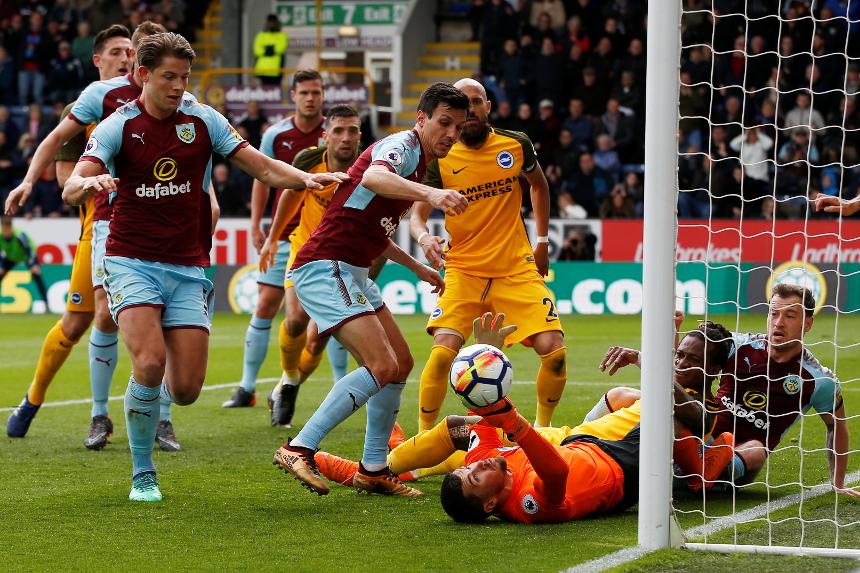 Goalkeeper Mat Ryan was the hero as Brighton & Hove Albion earned a goalless draw at Burnley.

A Burnley win would have put them a point behind sixth-placed Arsenal, who play Manchester United on Sunday, but they could not break through.

Their best chance came on 24 minutes when Ryan somehow kept out Ashley Barnes and Jack Cork.

The Australian saved three shots in a row on the goalline before Shane Duffy also denied Kevin Long at point-blank range.

Brighton had a half-chance to win it late on but substitute Glenn Murray lost his footing before Pascal Gross volleyed over.

The result means the Seagulls are 14th, five points clear of the relegation zone. Burnley remain seventh on 54 points.