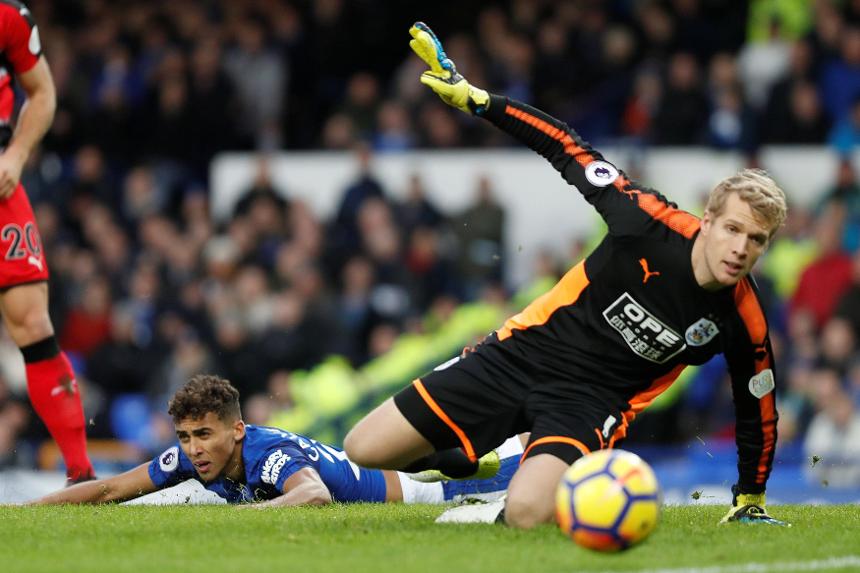 Tom Ince is also sidelined with a hamstring problem.

Everton will need to give late fitness tests to Leighton Baines (head), Morgan Schneiderlin (dead leg) and Dominic Calvert-Lewin (back).

Gylfi Sigurdsson is doing light training as he continues his recovery from a knee injury. Mason Holgate (ankle) and James McCarthy (leg) are long-term absentees.

Six of Everton’s last eight away matches against promoted sides have ended level, with the Toffees winning their last such match against Newcastle United (L1).

No side have failed to score in more Premier League home matches this season than Huddersfield Town's six. But no side have kept fewer away clean sheets than Everton's two.

Everton have won only five of their 31 away PL matches in Yorkshire (D12 L14), beating Sheffield Wednesday (twice) and Leeds United, Bradford City and Hull City.

After scoring the winner against Newcastle in Matchweek 35, Theo Walcott is aiming to net in consecutive PL matches for the first time since April 2017.