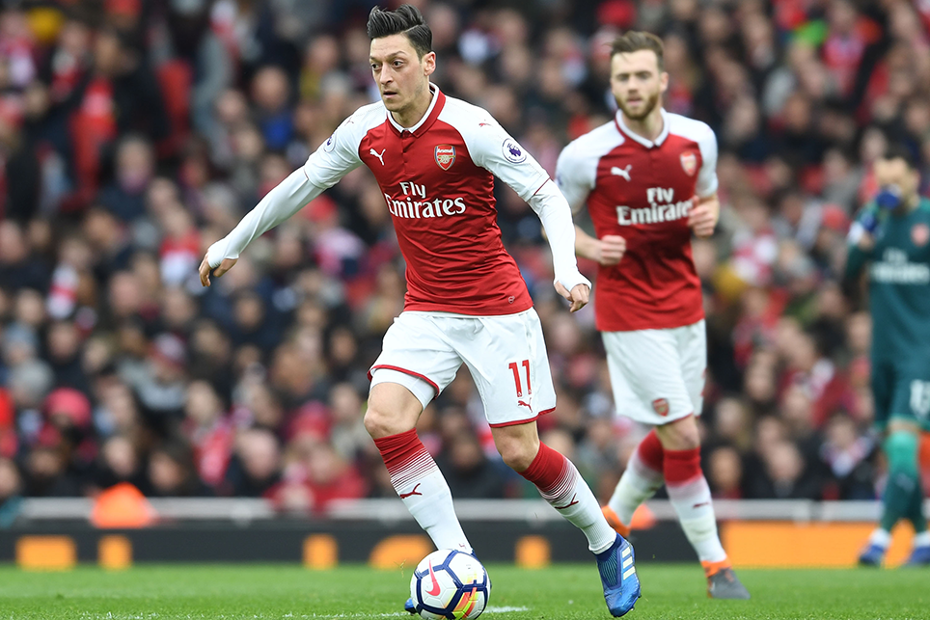 Arsenal midfielder is owned by just 2.6% of FPL managers but finds a place in The Scout's best XI for Gameweek 35

Mesut Ozil can inspire an Arsenal victory to emerge as a key differential over Gameweek 35 of Fantasy Premier League.

Part of just 2.6 per cent of squads, he has not kept pace with his midfield rivals in Fantasy until now.

But Ozil can make his mark this weekend against a West Ham United defence who have conceded 302 shots and 38 goals away from home this season, the most in the league.

While the Stoke City goalkeeper has just three clean sheets from his last 20 Gameweek starts, he has earned the most points from saves in the Bonus Points System (BPS) over that time. That gives the 25-year-old the potential for a big score in a vital home meeting with Burnley.

The Everton left-back has been part of a defence who have kept two clean sheets in their previous three fixtures at Goodison Park. Baines hosts a Newcastle United side in strong form but can offer FPL investors the prospect of attacking points via set-piece duties. He could also be on penalties.

Another full-back with proven attacking instincts. Since the Dutchman was restored to the Crystal Palace starting XI from Gameweek 21 he has had 19 shots, a tally equalled only by Marcos Alonso (£7.2m) among defenders.

Liverpool go to West Bromwich Albion having produced four clean sheets in their previous six matches, conceding just three goals. No side can match those statistics over the same period. Since his debut for the Merseysiders in Gameweek 24, Van Dijk is also ranked among the top five defenders for both shots (12) and shots inside the penalty area (nine).

With Jurgen Klopp indicating he is set to field a strong side at The Hawthorns, Salah is in line to resume his bid for the Premier League Golden Boot in his debut season against a Baggies defence with just one clean sheet in 11 Gameweeks. He is our Gameweek captain.

Fielded as part of a Palace front two over the past two Gameweeks, Zaha has supplied three goals in those matches. He is poised to retain that role at Watford against a defence who have conceded 30 goals at Vicarage Road. No other side have shipped more in home matches.

The playmaker has been involved in 86 per cent of Stoke City's goals since Paul Lambert took charge. Shaqiri goes into Sunday's match against Burnley with back-to-back assists and will face a defence with just a single clean sheet in their last 13 matches.

Absent from the Arsenal starting XI for the previous two outings, Ozil will be expected to return to face West Ham United ahead of a UEFA Europa League semi-final with Atletico Madrid. The German has produced three of his four goals and seven of his nine assists at home.

The most-bought player for Gameweek 35, Sterling has earned over 144,000 new owners ahead of Swansea City's visit. Two goals and three assists from his previous four Gameweek appearances underline his current form, while five of his eight double-figure FPL tallies have arrived in home matches.

A Manchester City starting role looks assured in light of Sergio Aguero's (£11.6m) continued absence through injury, sparking a flurry of FPL transfers. Only Sterling has acquired more owners ahead of Saturday's 11:30 BST deadline. Jesus will face Swansea with two goals and two assists from his last three Gameweek starts.

The Brazilian has lost more than 648,000 in ownership across the previous two Gameweeks but could punish those managers who sold him. Rested in the previous away match at Everton, Firmino has returned a goal or an assist in five of his last seven starts.