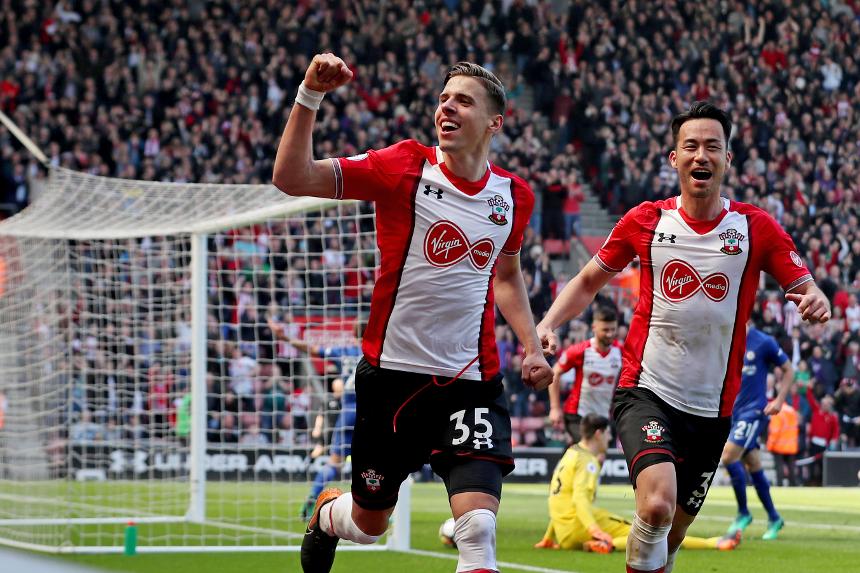 After scoring on his debut, Southampton defender has a chance to make history for Poland against Leicester City on Thursday

Jan Bednarek has the chance to make a bit of Polish Premier League history when Southampton visit Leicester City on Thursday night.

When he found the net on his debut in the 3-2 defeat to Chelsea last weekend, Bednarek became only the third player from Poland to score a goal in the competition.

The only others to score are Robert Warzycha, for Everton, in 1992 and Marcin Wasilewski, for Leicester in 2015.

Both of those players only struck once and so one more would make Bednarek the country's outright top scorer.

The 22-year-old has some way to go before becoming the highest Polish appearance maker in the league, though.

That feat belongs to Swansea City's Lukasz Fabianski, one of four Poles who are all goalkeepers to play a century or more of matches.

Poles to play in the PL