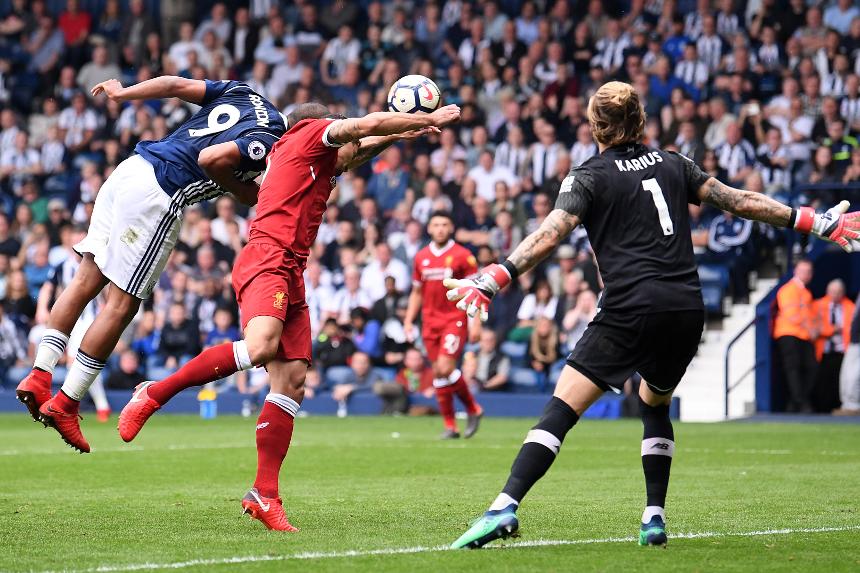 Jake Livermore and Salomon Rondon scored in the final 11 minutes as West Bromwich Albion fought back from two goals down to draw 2-2 with Liverpool at The Hawthorns.

Liverpool took the lead on four minutes, Danny Ings scoring his first Premier League goal since 2015 with a close-range finish.

It's his 31st PL goal this campaign, which means he now shares the record for goals in a 38-match season.

But Livermore got a goal back for West Brom on 79 minutes, scrambling the ball in following a corner, before Rondon headed in a Chris Brunt free-kick at the near post with two minutes left to draw the hosts level.