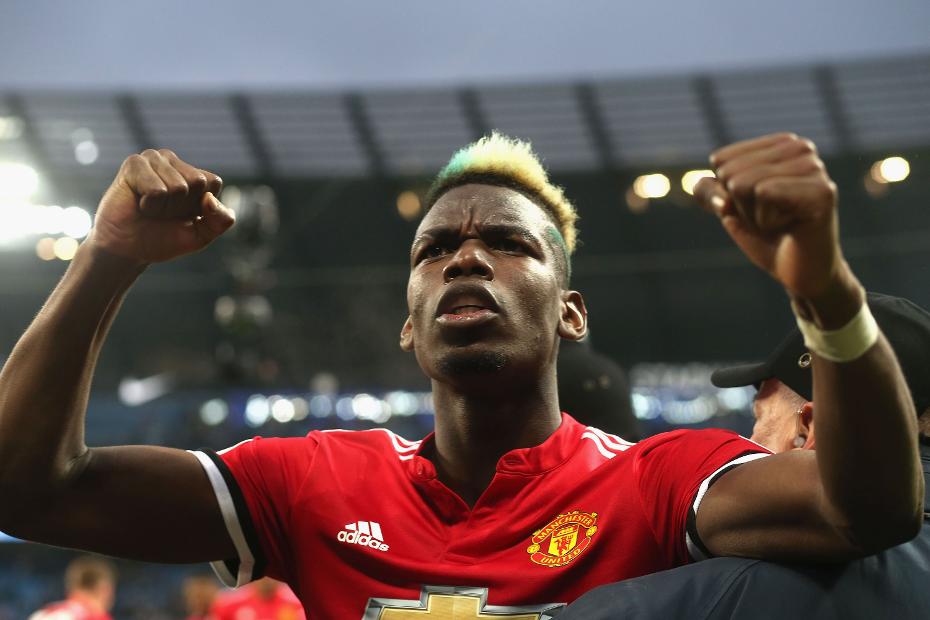 Paul Pogba says that he was delighted to score twice in his side’s comeback victory against Manchester City but admits denying Manchester United's local rivals the Premier League title gave him even greater pleasure.

City looked set to claim their third Premier League crown by winning the Manchester derby after taking a 2-0 half-time lead at Etihad Stadium.

This man was on 🔥 today - @PaulPogba explains why our derby comeback win was for the #MUFC fans... pic.twitter.com/scHXn4UIwd

But Pogba sparked a revival with two goals in 97 seconds for United, who completed their 3-2 triumph against the league leaders thanks to Chris Smalling’s 69th-minute winner.

"It obviously feels great to score two goals but it's an even better feeling to win against Manchester City and not let them win today against us in their own stadium," Pogba told Man Utd's official website.

"I feel very happy but there is one side of me that is disappointed too because, with a performance like we had in the second half, if we had done this all season, I think we would be fighting for the title with City or we'd be just in front of them."