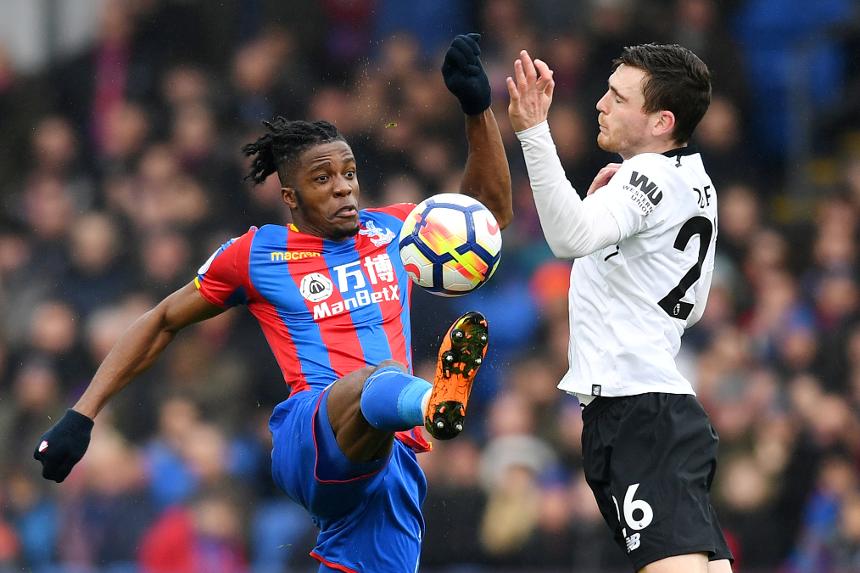 Wilfried Zaha (£6.8m) has made an instant impact on his return to fitness for Crystal Palace, enough to include the winger in The Scout's best XI for Gameweek 33.

Two assists in three appearances underline Zaha's importance ahead of a trip to face a leaky AFC Bournemouth defence.

Zaha is part of a five-man midfield without Mohamed Salah (£10.7m).

The Egyptian has featured in each of the previous 10 Gameweek line-ups but is left out due to injury doubts.

The Brighton & Hove Albion goalkeeper can end a run of 10 appearances without a clean sheet. He faces a Huddersfield Town side who have created only three big chances over their last six away matches.

Assists in consecutive matches have alerted FPL managers to the attacking potential offered by the cut-price full-back. The Leicester City defence have conceded only three goals from their previous five home matches ahead of Newcastle United’s visit.

The Chelsea defence have only one clean sheet in their last seven matches but the wing-back promises attacking returns at home to West Ham United. Only Alvaro Morata (£10.4m), with 36, has fired more shots in Stamford Bridge matches this season than Alonso's 34.

Top of the form standings for FPL defenders, the centre-back has 20 points from his previous two outings ahead of Southampton’s visit to Emirates Stadium. Saints have recorded only four big chances from their last six away matches, fewer than all but Huddersfield Town.

The midfielder has three goals and two assists in his last three Gameweeks and is making a late-season surge for FPL recognition. Alli travels to Stoke City, where he has produced three goals over the past two campaigns. He is still owned by only 12.4 per cent of managers.

The Brazilian could be Chelsea’s main midfield goal threat for the visit of West Ham. Willian has started the last four Gameweeks and fired nine shots, more than any team-mate. Eden Hazard (£10.6m) had only two attempts over the same spell.

The playmaker has been involved in 21 goals in FPL this season, ranking fourth for midfielders. Seventeen of those goals have arrived against sides outside the top six, with Mahrez set to face 12th-placed Newcastle this weekend.

Gross is a key figure in home fixtures. He has scored or assisted 52 per cent of Brighton's goals at Amex Stadium when selected, averaging 5.9 points per match. He could profit against a Huddersfield Town defence without a clean sheet in their previous 12 away matches.

With Christian Benteke (£7.6m) an injury doubt for the trip to AFC Bournemouth, Zaha could lead the Eagles' attack. The Cherries have only two home clean sheets, the joint-fewest in the league, while only Watford have conceded more than their 26 goals in home matches.

The top transfer target in the Gameweek is back from an ankle injury. Kane is chasing Salah for the Golden Boot and boasts an excellent record in recent encounters with Stoke, netting eight times in four previous meetings. He takes the captain's armband.

Second only to Kane for transfers in, the Arsenal striker has averaged 6.5 points per match since arriving in FPL. Because he is ineligible to play in the UEFA Europa League, he will be rested and fresh for a home match with a Southampton defence who have only one clean sheet in their previous 13 away matches.