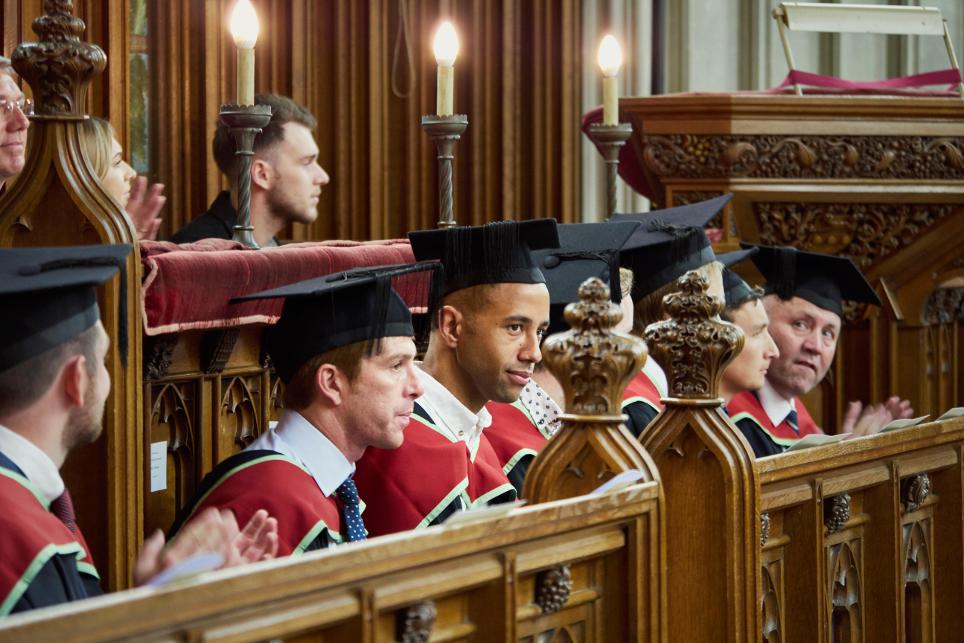 The Premier League recently celebrated the inaugural graduation ceremony for the first 16 young coaches coming through the Elite Coach Apprenticeship Scheme (ECAS), designed to help them become "world-leading coaches of the future".

Ged Roddy, the Premier League's Director of Youth, praised the resilience, commitment and development of the first coaches gaining their higher-education diplomas and he believes they can "take the game to a whole different level".

It was a day when coaches who "spend most of their time with cold feet standing on windswept pitches in the rain" were rewarded for two years and 25,000 hours of work at a ceremony held at the Ashridge Business School on the site of a beautiful former monastery.

One of the core objectives of the Elite Player Performance Plan launched in 2012 was to develop a world-leading coaching network and ECAS is at the forefront of educating and developing coaches dedicated to producing more and better homegrown players.

Anyone believing life as a Premier League academy coach is easy should listen to the group who emerged from the outward bounds mission to the Brecon Beacons in January.

"We're very proud of what they have achieved," Roddy said. "It's been a long journey for them but I think at the end of it they are better equipped to become the world leading coaches that we want them to be."

A five-man steering committee including Tony Carr, the youth development guru from West Ham United, and Eamonn Dolan, the late academy director at Reading who passed away just after this graduation last month, established the wide-ranging experiential learning programme that started in 2014.

"Dolan, one of our leading coaches, said at the outset of this programme if we were to succeed as a nation we would need to create a fraternity of the world's leading coaches," Roddy said. "In order to do that we needed a coach education programme that was fit for purpose. That's why the ECAS programme was born and today you've got the first cohort of coaches who will take the game to a whole different level."

A whole range of coaches were involved, from former Premier League players such as Graeme Murty, (Reading), and Jon Harley (Chelsea and Fulham) to longstanding Aston Villa youth coach Sean Verity and Scott Phelan, who at 28 now coaches at Everton after a career playing non-league.

The course was designed to open the coaches' minds to how they could develop through going into other sports, businesses and disciplines and the most demanding military exercises on wild and windy mountains.

Speaking at the ceremony, Roddy said: "The most striking thing is that there is a huge amount of resilience in these people, because they have been keeping down their day jobs, coaching six days a week, and at the same time committing to this programme, committing to each other, writing papers, thinking about the game, and then being exposed to all sorts of different environments.

"Whether it be in the mountains of the Brecon Becons with the special forces or working with the Royal Shakespeare Company in Stratford-upon-Avon, they have had a real range of challenges that make them think about who they are and how they approach coaching."

Each student coach was surrounded in a support cell of four mentors: a master coach within his own club, a coach mentor with world-class experience in another sport, a professional skills mentor from business and a Premier League advisor.

Carr has spent 43 years at West Ham as academy coach, director and then ambassador, and he acted as club mentor to Mark Phillips, an assistant coach with the Under-18s.

"It's been a really worthwhile course in terms of developing him as an individual," Carr said. "It's about improving him as a person, improving his manner, his thought processes about his studies and his preparation, because preparation is massive in terms of the coaching environment. So two years on, he's certainly a better person and a better coach for his time with ECAS.

"With all the sports ECAS touches, from cycling to dance to swimming, it’s an insight into problems coaches face. You face the same problems as a football coach as you do as a cycling coach where you're trying to get into the psyche of an individual where you're trying to develop him physically and mentally as well as technically.

"Football's had a reputation in the past of operating in its own bubble and not looked outwards. Now in the past five to 10 years, where sports science is very prominent in the game and accepted, there's lots to be learned from other sports. It's broadened the mind of all coaches on this course."

So will ECAS provide a shortcut to producing a greater supply of top-class homegrown internationals?

"That's a tough call," Carr replied. "It'll still rely on that individual player to have that mentality, talent, drive and patience to get to the top of their profession. But the coaches after this course will be better prepared to prepare those players for those courses."

Roddy picked up this theme by referring back to the Premier League’s targets four years ago. "We talked right at the start of the EPPP about creating marginal gains," he reiterated.

"What we mean by that is trying to affect every aspect of the business that we're involved in to try and improve all parts of what we do and clearly the interaction between a coach and the player is the critical process that develops performances. I don't think you'll develop better homegrown players unless you have some of the best coaches in the world.

"It will be a long process of change but this is 16 young coaches [at] the start of a process that will now roll on year on year. There are another three cohorts of coaches in the programme coming through and over the next five or ten years you will see these coaches becoming increasingly proactive in the game - and I suspect increasingly successful too."

Peter Lansley, a lecturer in football journalism at the University of Derby, is an FA Coach Mentor who coaches for Derby County Community Trust while reporting for the Guardian and the Daily Mail.