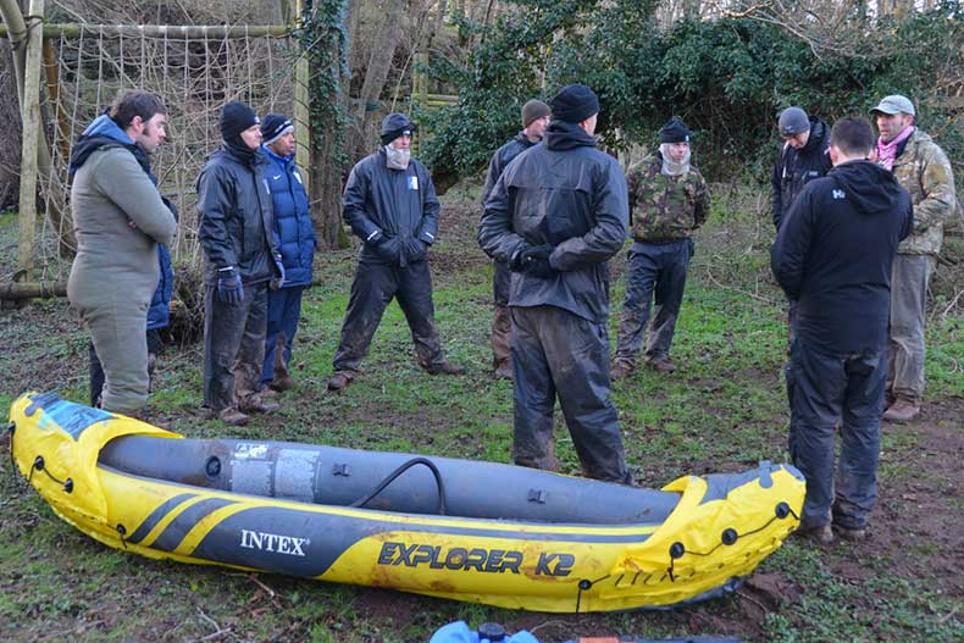 “We had been up since 6am and done a whole range of tasks when we were coming down a mountain at 7pm for a rendezvous at a pub,” the former Sunderland scholar recalled.

“The weather was horrific and we’d had nothing to eat. We were convinced there’d be a pie and a pint waiting for us by a warm fire.

Flo: It was good to be stretched physically and mentally >>

“Instead we were told we’d got half an hour to get our rations food out and cooked before leaving for our next assignment, which went on till 1.30am.

“Part of what we took away from the weekend was that you can stretch your resilience levels when you work together as a team. We talk to our boys about being resilient because there’ll be setbacks in football and in life and how you have to overcome them.

“With the way society is today, it is asked whether academy players have things too easy and if things don’t go their way do they look for excuses. So being able to reach for resilience is very important for players and in turn their coaches.”

Atkinson, who had former England rugby player Nigel Redman among his mentors, has noticed his coaching improve as a result of ECAS.

“It’s a very personal course,” he said. “At the start, they asked us to discuss our strengths and weaknesses so we could work on our own development.

“I wanted to work on being more assertive in team meetings and it’s helped improve my communication skills when I’m with other coaches or parents.”

Atkinson also believes that without working together, the 16 coaches would not have survived their three-day ordeal in the Brecon Beacons.

Learning off elite characters such as Gary Neville, Frank Lampard, Tony Carr, Brian McClair, Heidi Hunter Cope and Redman has been another highlight.

“The whole course was great,” he said.

Peter Lansley (@PeteLansley), a football reporter for the Sunday Times and the Guardian, is a Level 2/Youth Module 3 coach working with Derby County Community Trust and an FA Coach Mentor.