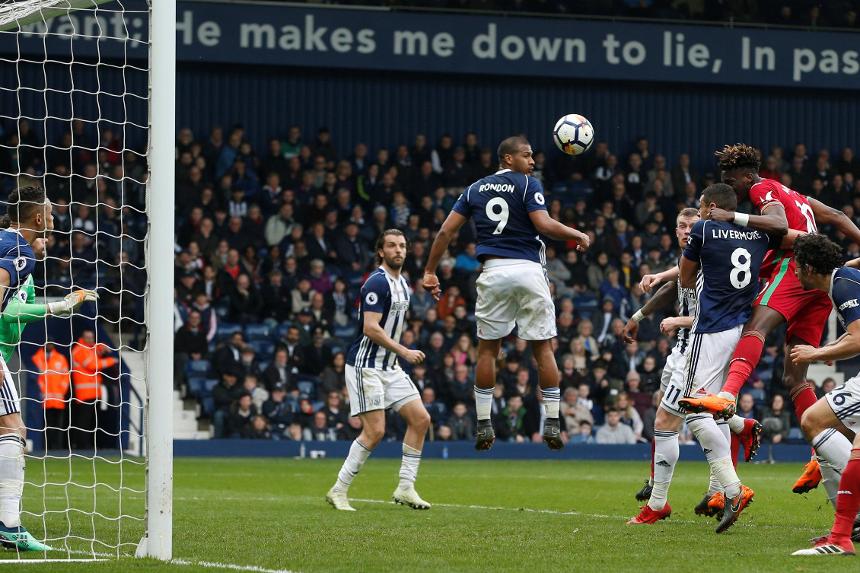 From a Sam Clucas corner, Abraham beat Jake Livermore to nod the ball past Ben Foster on 75 minutes.

West Brom had taken the lead on 54 minutes, when Matt Phillips's cross was flicked on by Salomon Rondon and Jay Rodriguez fired in at the back post.

Swansea might have gone into the break a goal ahead, but Andre Ayew fired wide after a fine pass from Clucas.