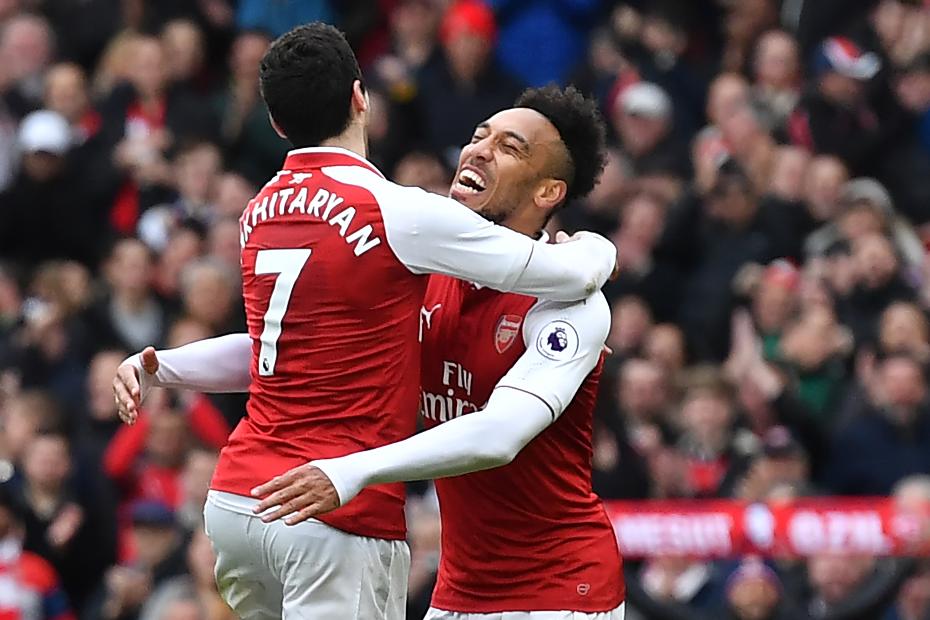 Fantasy Premier League managers should reassess Arsenal's options for the season run-in on the back of their home form.

The Gunners have 12 goals from their last four matches at Emirates Stadium ahead of back-to-back home fixtures.

Three scorers from those recent matches find a place in the Gameweek 32 select XI ahead of Stoke City's visit.

We called on the goalkeeper in Gameweek 30 and he produced a clean sheet against Southampton. That meant Newcastle United have conceded only twice in their last five matches at St James' Park. Dubravka faces a Huddersfield Town attack that have scored in only three of 14 away matches.

Eight consecutive starts suggest Smalling will be retained for Manchester United’s Old Trafford meeting with Swansea City. United have kept 10 home clean sheets, the most in the division, and conceded the fewest goals at home, seven in total. Swansea have struggled going forward away from Wales, recording just 98 shots and 28 shots on target, the fewest in the Premier League.

The German has started the last 11 Gameweeks for Arsenal ahead of Stoke's visit. Stoke arrive with only six goals from their previous 11 outings and will need to contain Mustafi's goal threat. No side have scored more goals from set-pieces this season than Arsenal's 14.

The centre-back is set to lead a Manchester City side who have claimed three successive shutouts when they travel to Everton. Pep Guardiola's defence have an impressive record on the road. Their nine away clean sheets are a PL high, while they have conceded the fewest goals, 10, and shots, 107.

A season-high 29 points from the Gameweek 31 victory over Watford ensures Salah is retained. A run of 13 goals in his last 10 outings is typical of the Egyptian's extraordinary debut campaign for his club. He will face a Crystal Palace defence with only six clean sheets all season, making Salah our Gameweek captain.

Three goals over the international break for Austria maintained Arnautovic's blossoming form ahead of a home meeting with Southampton. He has been involved in 11 goals in his last 12 Gameweek appearances, scoring seven and providing four assists.

The Armenian has settled quickly at Emirates Stadium, producing four assists and a goal in his five Arsenal starts. He will look to build on that record against a Stoke defence who have conceded a PL-high 58 goals and 176 shots on target.

Another player who goes into Gameweek 32 on the back of a big score. Kenedy tallied 16 points in his last Gameweek appearance, with two goals in a 3-0 win over Southampton. His 14 shots over the last six matches are more than any team-mate and he will be a big threat to Huddersfield Town.

A goal for England in midweek maintained a prolific run that has brought seven goals in his last 11 Premier League appearances. Vardy faces a Brighton & Hove Albion defence with only one clean sheet from their last 11 outings.

Another striker to show form on the international stage, Lukaku scored twice for Belgium in midweek. He has eight goals and two assists in his last 11 matches in all competitions for United.

Mkhitaryan will likely provide the service to his former Borussia Dortmund team-mate against Stoke. Aubameyang has scored in two of his three home matches, missing a penalty against Man City in the other.