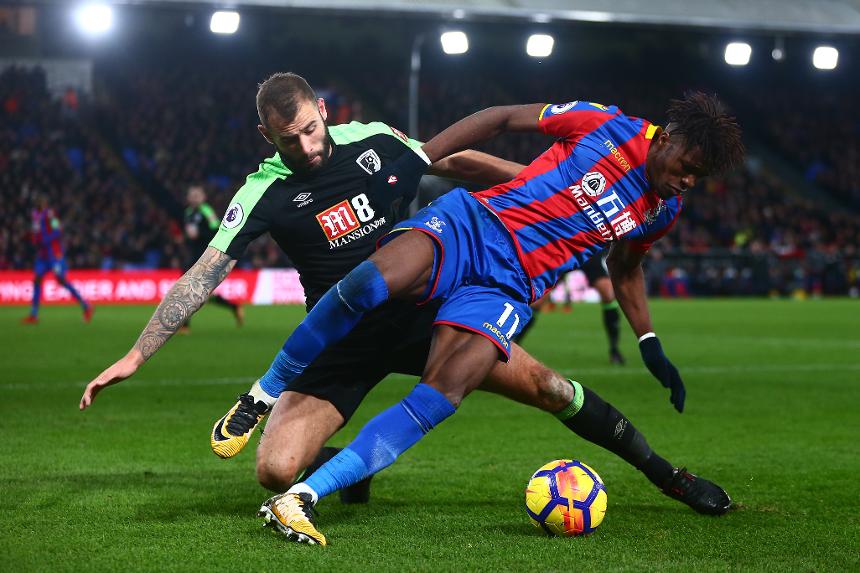 AFC Bournemouth have confirmed that Junior Stanislas (knee) is out for the rest of the season after sustaining his injury in the 2-2 draw against Watford.

Adam Smith (knee) is also unavailable, while Simon Francis (hamstring) will have a late check on his availability to play against Crystal Palace.

Crystal Palace striker Christian Benteke limped out of Thursday's training session with a groin problem and will need to be assessed.

With no-one yet ready to return to action from the treatment room, Roy Hodgson is due to be without 10 senior players on the south coast.

AFC Bournemouth have won 14 out of a possible 21 points from their last seven home matches (W4 D2 L1).

Jermain Defoe has scored a brace in each of his last three PL matches against Crystal Palace. Only one player has scored two or more goals in four consecutive appearances against a single team; Michael Owen against Newcastle United between 1998 and 2001.

Crystal Palace, who triumphed 2-0 at Huddersfield Town when they were last on the road, have not won back-to-back PL away matches since April 2017.

The Eagles have kept clean sheets in both of their PL trips to AFC Bournemouth, winning 2-0 there last season after a 0-0 draw in December 2015.