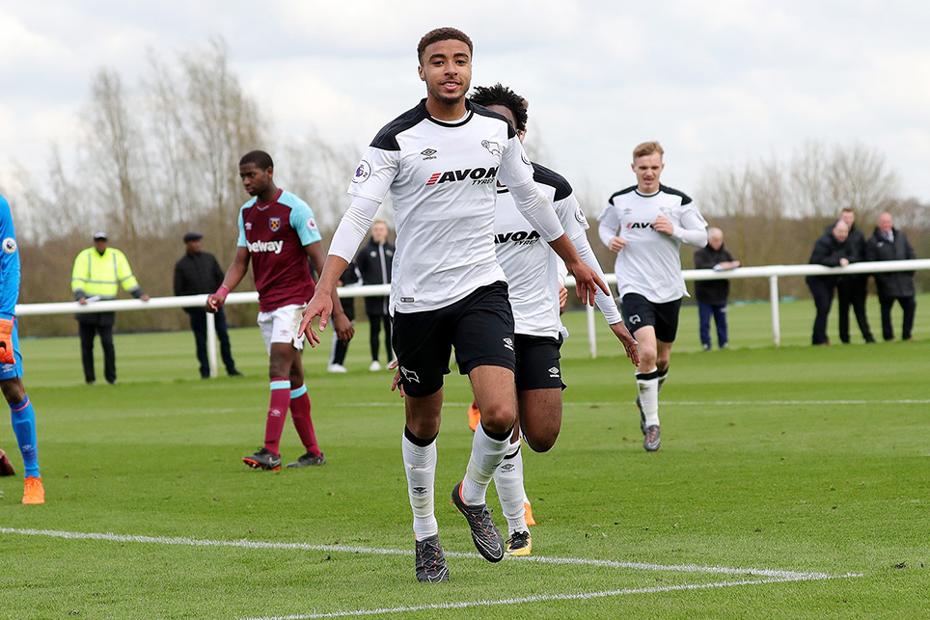 Derby beat West Ham 1-0 to move two points clear of relegation zone and five ahead of Red Devils, who drop to Division 2

The 17-year-old defender (pictured) struck on 53 minutes, running on to a Alex Babos pass and firing past West Ham goalkeeper Nathan Trott.

West Ham responded well and Marcus Browne, who scored four against Everton the week before, glanced a header wide.

The win means Man Utd can no longer climb out of the bottom two and catch 10th-placed Derby.

The Rams are two points above Sunderland, who need to win their final fixture against Swansea City to stand a chance of staying up.

A point in Derby's final fixture at Leicester City would be enough for safety, unless Sunderland win by 10 goals in Matchweek 22 to make up their inferior goal difference.

West Ham are fifth on 31 points.