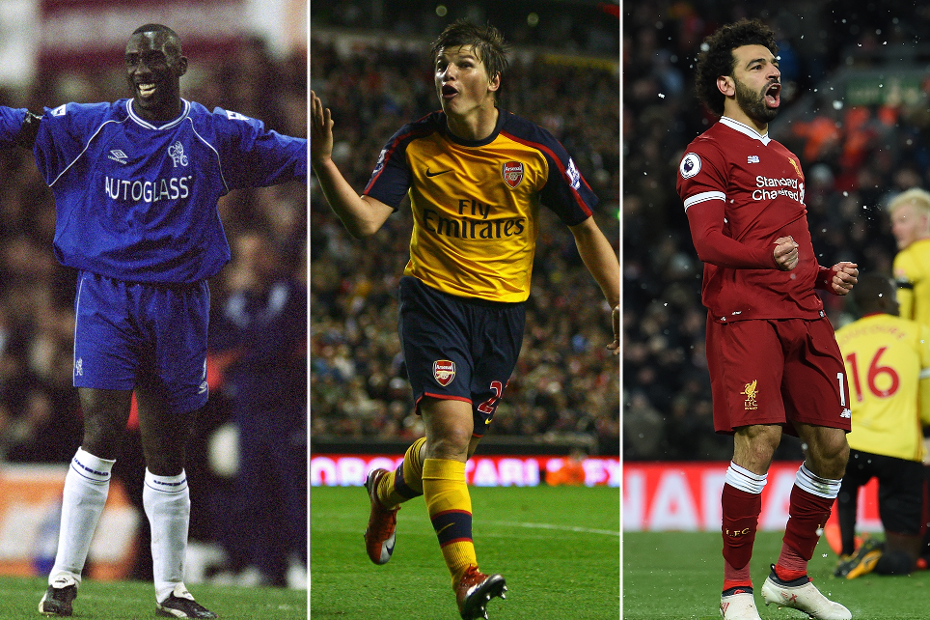 Salah strikes a first for Egypt

Inside Anfield: Behind the scenes of Mo's magic four External Link

The four goals that Mohamed Salah got on Saturday were not so rare in themselves.

In fact, 26 players have managed this feat in a Premier League match, and the most recent occasion was just last month, by Manchester City striker Sergio Aguero against Leicester City.

But how the Liverpool winger scored those four goals has only happened twice before in the competition, and one of those occasions was also at Anfield.

Salah’s strikes against Watford were split equally between his feet: two with his left and two with his right.

As noted by The Times’ Bill Edgar, only two others have split four goals in a match equally between their two feet.

Andrey Arshavin did so in Arsenal’s memorable 4-4 draw at Liverpool in April 2009.

Before then Jimmy Floyd Hasselbaink managed it for Chelsea against Coventry City in October 2000.

Salah also matched Arshavin in that his four goals came from the only shots on target he had during the match.

The Egyptian has now scored 23 goals this season with his left foot, while last Saturday he doubled his total with his right to four. The other of his league-leading 28 goals came via his head.