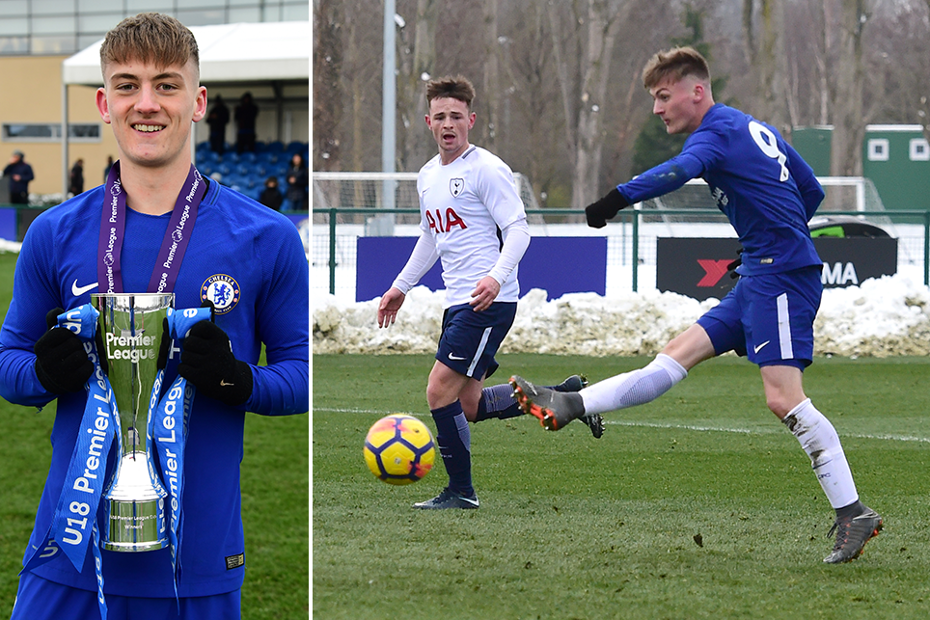 Charlie Brown was the match-winner as Chelsea became the inaugural Under-18 Premier League Cup champions, and he is confident the victory can be a springboard for further glory this season.

The 18-year-old striker scored both goals in a 2-0 triumph against Tottenham Hotspur on Sunday, rounding off a run in the national competition which included narrow wins over Everton and Sunderland in the knockout rounds.

It is the first of four possible trophies this season.

Jody Morris's side are top of the U18 Premier League South Division as they defend their national U18 PL title, and they are in the semi-finals of both the UEFA Youth League and the FA Youth Cup.

"I'm buzzing and really pleased to score two goals in a final but the team performance was really good and we're just delighted to get the win and the trophy," Brown told Chelsea's official website.

"It's been a good competition for us. When you play the northern teams it's a different type of test but as a group we've adapted to the different challenges really well and ground out some big results.

"Jody was saying to us not to fall at the first hurdle. This is our first trophy of the season and should give us the confidence to go on and keep winning more."

Morris came through the Chelsea Academy himself, going on to make 124 of his 136 Premier League appearances for the Blues.

"We said before the game that there's four trophies available for us this year and it's a good feeling to get the first one because it gives confidence throughout the group, especially for the players who don't often get to test themselves in such important games," Morris said.

"Those boys produced on a big stage, which will give us more selection options for the rest of the season, and hopefully we can use it as a springboard."