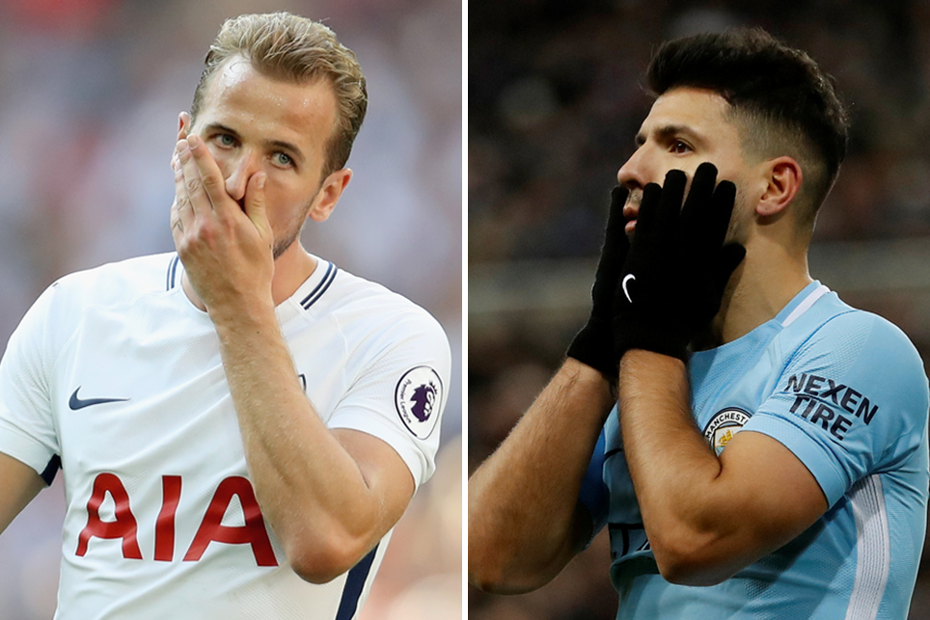 The injuries suffered by the top two forwards in Fantasy Premier League have given managers a major dilemma for the forthcoming Gameweeks.

Both Harry Kane (£12.8m) and Sergio Aguero (£11.8m) were going to miss Gameweek 31 regardless, because of their teams' involvement in the FA Cup quarter-finals.

But Kane suffered an ankle injury during Tottenham Hotspur’s win at AFC Bournemouth on Sunday and the club have said he is "expected to return to first-team training next month".

There are also early doubts as to whether Aguero will be fit to resume FPL action in Gameweek 32, after the international break.

Managers have been quick to sell the pair.

As of 14 March, more than 223,000 have parted company with Kane, and sales of Aguero have exceeded 147,000 since news broke on Sunday of the knee problem which forced him out of Manchester City’s trip to Stoke City on Monday.

Roberto Firmino (£9.5m) has proved the most popular replacement. More than 125,000 managers have already signed him ahead of the Gameweek 31 deadline of 14:00 GMT on Saturday.

With Liverpool being one of only eight teams with fixtures in Gameweek 31, the Brazilian is a clear favourite to replace Kane or Aguero in squads.

But what about those managers already with Firmino?

But in the long term, Pierre-Emerick Aubameyang (£10.4m) and Romelu Lukaku (£11.2m) could emerge as the main alternatives, particularly as replacements for Aguero.

With Gabriel Jesus (£9.9m) back in contention for City, Aguero’s minutes are likely to be managed by Pep Guardiola over the remaining Gameweeks.

The Kane situation is more problematic for managers.

As the most expensive player in the game, benching him is a difficult option to consider, with his price set to plummet.

But when selling Kane, managers should also devise a plan to re-sign him on his return.

Spurs will have at least one Double Gameweek - two fixtures in a single Gameweek - later in the season, and a fit-again Kane is sure to be a target as captain.

There is a chance he may even be in contention for Gameweek 34, which might involve two home fixtures against Manchester City and Newcastle United.

The double Gameweek fixtures are expected to be confirmed after this weekend’s FA Cup quarter-finals, on or around March 19.