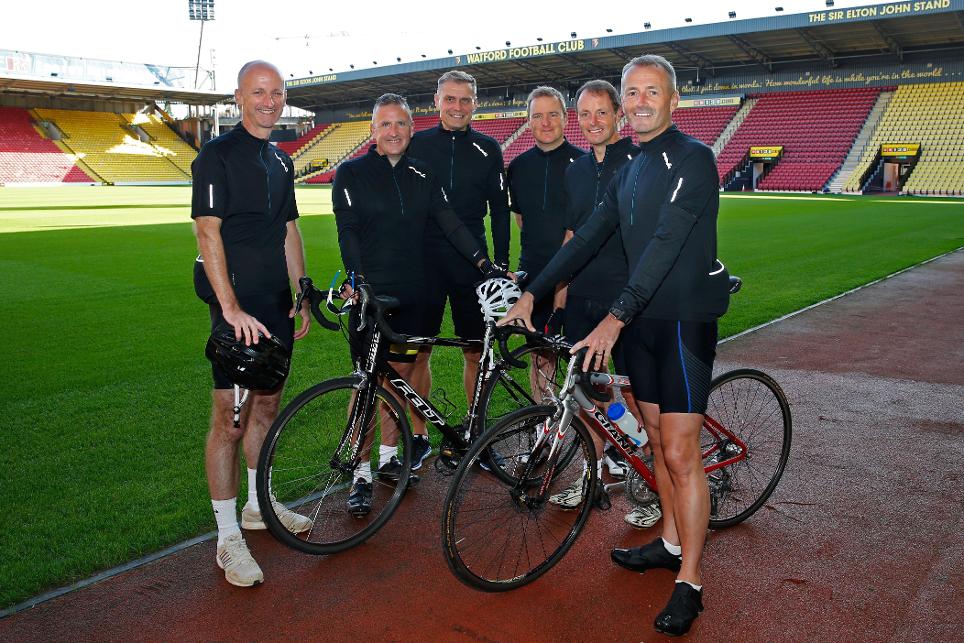 Attwell and Tierney promoted to Select Group
Select Group assistants to be centrally contracted
Marriner: The making of a modern referee

Premier League referees Jon Moss and Martin Atkinson are taking their pre-season training to the next level as they hit the road to raise funds for the Jane Tomlinson Appeal and the Yorkshire Young Achievers Foundation.

The match officials have launched the Whistle Stop Tour and plan to visit every Premier League football club by bicycle in a gruelling nine-day challenge.

The tour begins today, 11 July, at Watford’s Vicarage Road, finishing nine days later at The Stadium of Light in Sunderland and covering an estimated 1,000 miles along the way.

Moss and Atkinson will be joined by colleagues from the Professional Game Match Officials Limited (PGMOL). They are aiming to raise £50,000 for the two charities, and have already reached the £10,000 mark before setting off.

Jon Moss said: “This is a major challenge and we are looking forward to it with excitement and trepidation. We really will be seeing the Premier League clubs from a different perspective and we look forward to meeting club personnel and fans along the way.

"Our chosen charities are both relatively small but we have seen their work at first hand and what a tremendous job they do.”

The Tour begins with the London clubs, going to Southampton and AFC Bournemouth before a day-and-a-half journey to Wales, to visit Swansea City.

Moss and Atkinson will then pass through the Midlands, calling at West Bromwich Albion and Leicester City before heading northwest to Stoke City, Everton, Liverpool, Manchester United, Manchester City and Burnley.

They turn east to cross the breadth of England to go to Hull City, before heading north for Middlesbrough and finally finishing in Sunderland.

Jane Tomlinson Appeal Event Manager Holli Kellett said: “The Whistle Stop Tour is a really exciting event and we are urging everyone to get behind the team and support them on their ride. We are extremely grateful to be one of the charities benefiting from the challenge and the money raised will make a huge difference and help us to continue our support of children’s and cancer charities.”

You can donate to the cause on the Whistle Stop Tour Just Giving page, where you can also access more information about both charities.