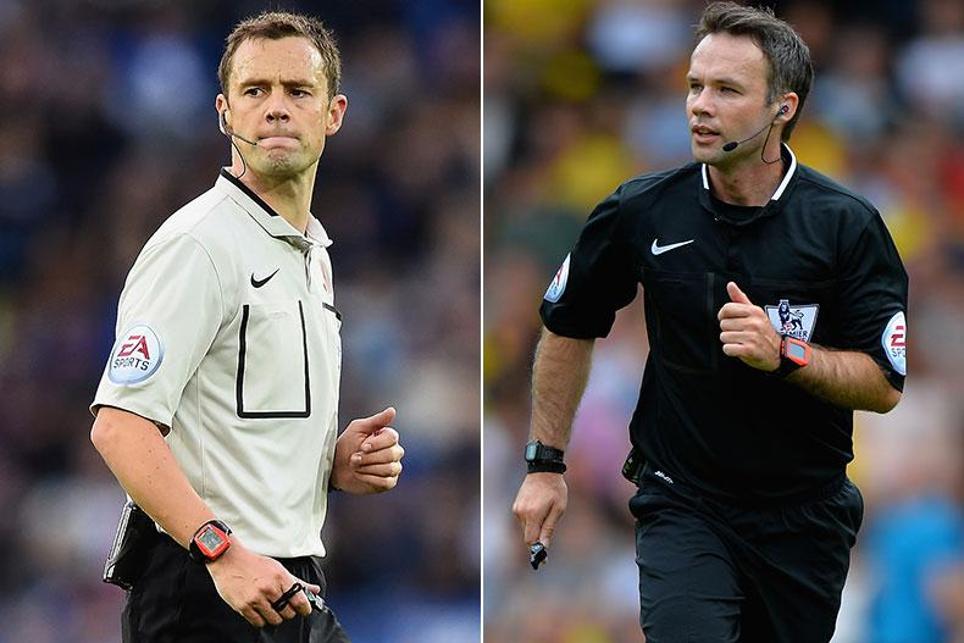 Duo promoted for next season after impressing with consistent refereeing performances

Stuart Attwell and Paul Tierney have been rewarded for their consistent refereeing displays over recent seasons and will be promoted from the National List to the Select Group for the 2016/17 season.

Referees in the Select Group officiate predominantly in the Premier League but also The FA Cup, Capital One Cup and some Football League matches.

Attwell, 33, has refereed more than 150 matches since returning to the National List in 2012. He has also refereed five Premier League matches in the last two seasons and six other fixtures involving PL teams.

He became the youngest referee in Premier League history when, at 25, he took charge of Blackburn Rovers' match against Hull City in August 2008.

Tierney, 35, was promoted to the National List of Referees in 2009 and has been at that level since, refereeing more than 230 matches. He was in the middle for five Premier League fixtures in the last two seasons and six other fixtures involving top-flight teams.

He also has made two Wembley Stadium appearances, including as the assistant referee in Chelsea's 2009 FA Cup semi-final victory over Arsenal.

"We have been closely monitoring and assessing the progress of both Stuart and Paul and have been very impressed with their consistency and level of performance," Mike Riley, General Manager of Professional Game Match Officials (PGMOL), said.

"Both have recently refereed Premier League matches and their promotion to the Select Group is testament to the hard work that they have put in over recent seasons.

"Their extensive experience, particularly in their Premier League matches, has prepared them well for the challenges ahead."

A new dedicated group of referees, the Select Group 2, will also be created for the start of the 2016/17 campaign. It will include professional referees on full-time PGMOL contracts and they will focus on Championship matches.

Additionally, a Select Group of assistant referees will also be centrally contracted and move to part-time and full-time PGMOL contracts.