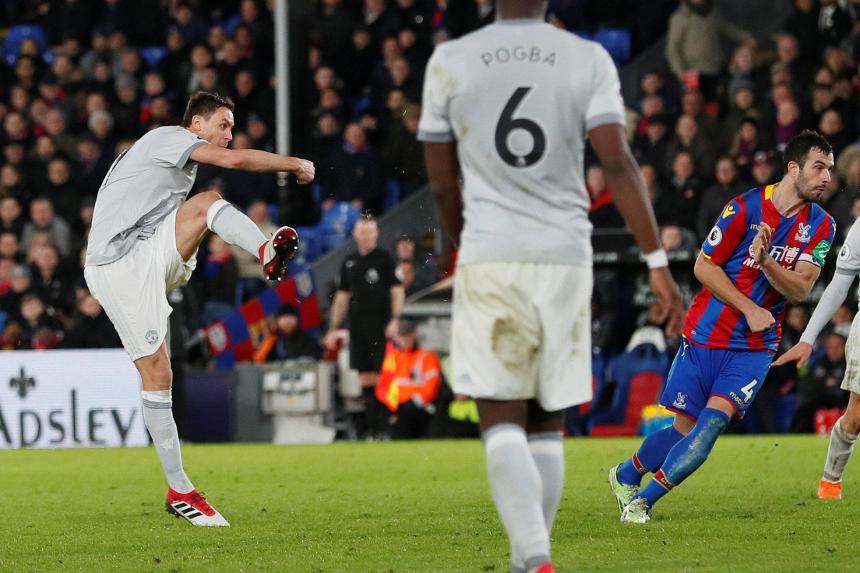 Mourinho: It was an amazing match External Link

Goals from Andros Townsend and Patrick van Aanholt had Palace in control with 48 minutes gone at Selhurst Park.

Romelu Lukaku's 99th career PL goal drew the away side level after Alexis Sanchez's shot had hit the crossbar.

And after David De Gea made a superb save from Christian Benteke's header, Matic completed the fightback.

The Serb, who had earlier had a shot cleared off the line, smashed in from 25 yards to take Man Utd back above Liverpool into second place.

Palace are winless in their 18 Premier League matches against United and stay 18th.