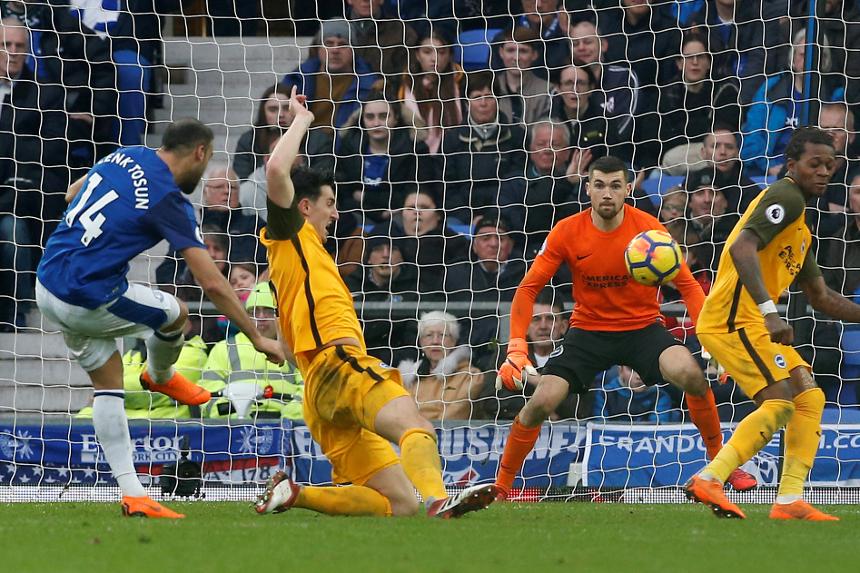 Sam Allardyce’s team had the better first-half chances but had to wait until the hour mark for a breakthrough.

Gaetan Bong deflected Yannick Bolasie’s cross into his own net under pressure from Theo Walcott.

On 76 minutes, Tosun made it 2-0, firing in off the bar from Leighton Baines's pass.

Brighton’s task got harder when Anthony Knockaert was shown a red card on 80 minutes for a dangerous challenge on Baines.

Everton climb to ninth, on 37 points, three above Brighton, who slip to 11th.