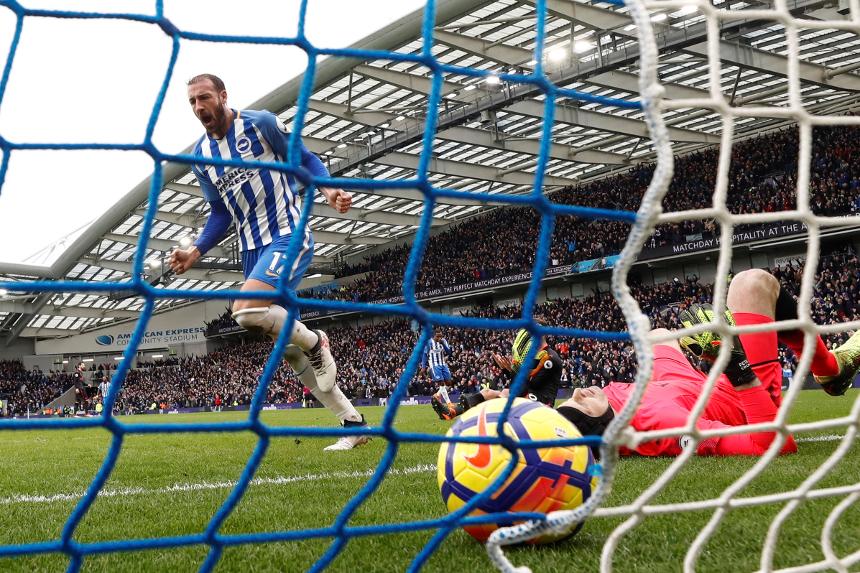 Two goals in the opening 26 minutes gave Brighton & Hove Albion a 2-1 victory over Arsenal and moved them into the top half of the Premier League table.

Moments after almost slicing the ball into his own net, Lewis Dunk scored his first PL goal with a close-range finish on seven minutes.

Anthony Knockaert had an effort well saved by Petr Cech before Glenn Murray headed in Brighton's second from a superb Pascal Gross cross.

Pierre-Emerick Aubameyang pulled a goal back towards the end of the first half, with a deft flick from Granit Xhaka's pass, before Arsenal defender Laurent Koscielny hit the post.

Mesut Ozil and Aubameyang went close for Arsenal while Murray had a goal ruled out for offside, but Brighton held on to move seven points clear of the relegation zone. Arsenal remain sixth.