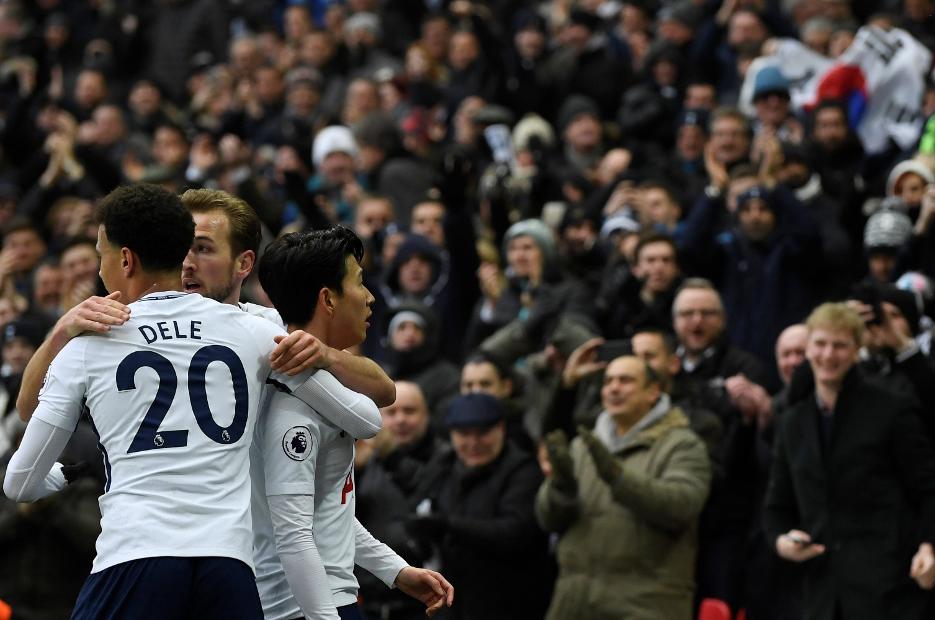 Wagner: We can leave Wembley with our heads up External Link

Son Heung-min scored both goals as Tottenham Hotspur maintained their charge for a top-four place victory over Huddersfield Town.

After Spurs had come close when Christian Eriksen's deflected free-kick hit a post, Dele Alli played through Son to net his first on 27 minutes.

Huddersfield worked a chance to equalise but just a minute after Hugo Lloris saved from substitute Tom Ince, Son made it 2-0.

The South Korean headed in a sublime cross from Harry Kane, who had earlier twice been denied a 25th goal of the season by Jonas Lossl.

Spurs stay fourth after Liverpool's win over Newcastle United, but are five points clear of Chelsea.

The Terriers drop to 15th, three points above the relegation zone.