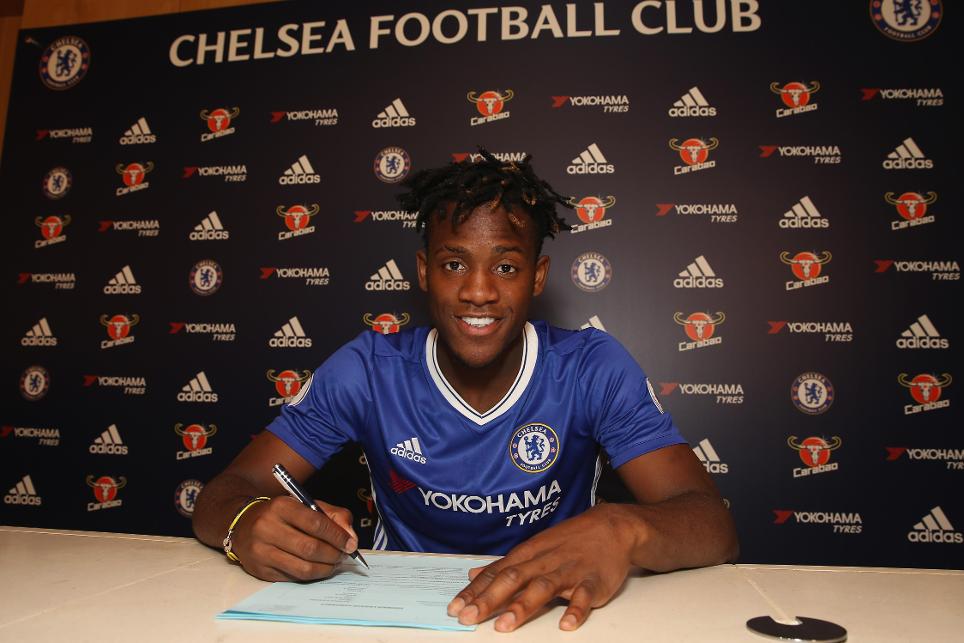 Michy Batshuayi hopes he can help Chelsea "win many trophies" after completing his transfer from Marseille to the four-time Premier League champions.

The 22-year-old signed a five-year deal at Stamford Bridge after helping Belgium reach the UEFA Euro 2016 quarter-finals in France, where he has enjoyed two successful years with Marseille.

The striker converted a cross from Eden Hazard, his new Chelsea team-mate, in a round-of-16 victory over Hungary in this summer's tournament, and he becomes the third Belgian in the Blues' squad, along with fellow senior international Thibaut Courtois.

He also follows in the footsteps of Blues legend Didier Drogba in moving to Stamford Bridge from Marseille in 2004.

Batshuayi will link up with new Chelsea manager Antonio Conte, who guided Italy to the last eight at Euro 2016, after the pair return from their break following their exploits in France.

"I am delighted to sign for one of the biggest clubs in Europe and embark on the next chapter in my career," Batshuayi told chelseafc.com. "I hope I can help Chelsea win many trophies during my time at Stamford Bridge.

"Eden Hazard and Thibaut Courtois have told me many good things about the club, and with Antonio Conte coming in it's an exciting time to become a Chelsea player."

Batshuayi, who started his professional career at Standard Liege in 2011, finished as the second-highest scorer in the Belgian league in 2013/14 and moved to Marseille that summer.

Only new Manchester United striker Zlatan Ibrahimovic surpassed his haul of 23 goals and 10 assists in the 2015/16 Ligue 1 campaign.

For more on Batshuayi's transfer to Chelsea, visit chelseafc.com.