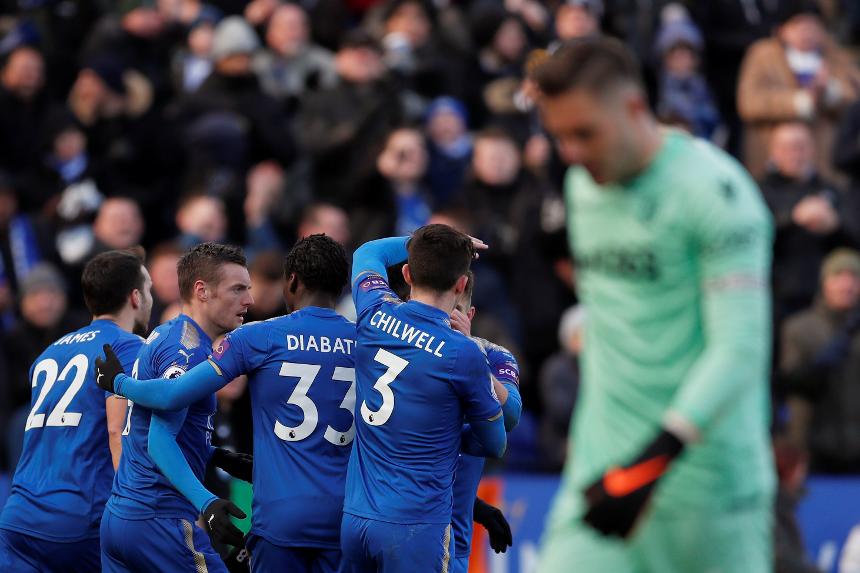 An own goal from Jack Butland denied Stoke City their second away win of 2017/18 as Leicester City fought back for a 1-1 draw.

Goalkeeper Butland spilled a driven cross from Marc Albrighton into his own net in the 70th minute at King Power Stadium.

Xherdan Shaqiri had put Stoke ahead with a fine curling strike from long range shortly before half-time.

Butland made amends for his mistake late on. He superbly denied Riyad Mahrez and tipped Harry Maguire's thumping shot on to the post, before Leicester's Matty James also hit the woodwork.

The Potters could have won it but Shaqiri failed to pick out Tyrese Campbell, a debutant as a substitute, when the goal was gapng.

Stoke stay in the relegation zone on 26 points. Leicester move up to eighth before Burnley's 3pm kick-off with Southampton.