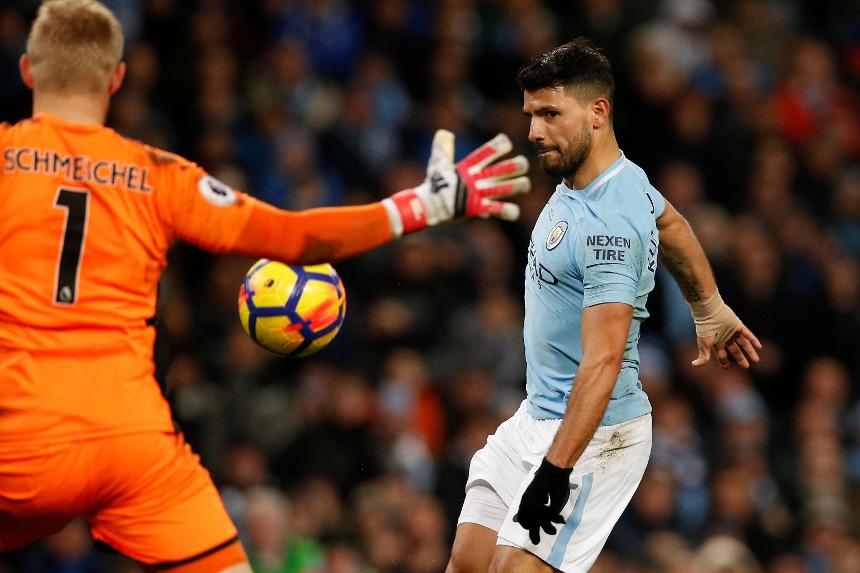 Man City striker is the most popular forward for transfers in so can managers risk not giving him the armband?

When considering their Fantasy Premier League captain for Gameweek 28, managers should be aware of the popularity of Sergio Aguero (£12.0m).

Manchester City's trip to Arsenal has been confirmed as taking place on 1 March, four days after the same teams meet in the Carabao Cup final.

More than 124,000 managers have brought in the Argentinian, meaning he has been signed more than any forward since Gameweek 27.

That increase is powered by his nine goals and 57 FPL points in the last six Gameweeks.

Kevin De Bruyne (£10.4m) has supplied 10+ points in three of the previous six Gameweeks but has been less productive on the road.

The Belgian has mustered only one goal and one assist from his last six away matches.

He has scored six goals in the last six Gameweeks and tallies 34 FPL points across his previous three away matches.

Foxes on a run

Managers should also consider Jamie Vardy (£8.6m) and Riyad Mahrez (£8.6m), who will be backed to deliver in Leicester City's home match with Stoke City.

Vardy has scored in four successive Gameweeks and five matches in all competitions.

Mahrez has supplied a goal or assist in nine of his last 11 Gameweek starts.

They host a Stoke side who have the worst away defence, conceding 32 times on their travels.

Another differential option for FPL managers is Callum Wilson (£6.0m), who will face Newcastle United at Vitality Stadium.

The AFC Bournemouth striker has the form, producing 12 points against both Arsenal and Chelsea in the last five Gameweeks.

He also takes on a Newcastle defence who have managed only one clean sheet in their last nine away trips.