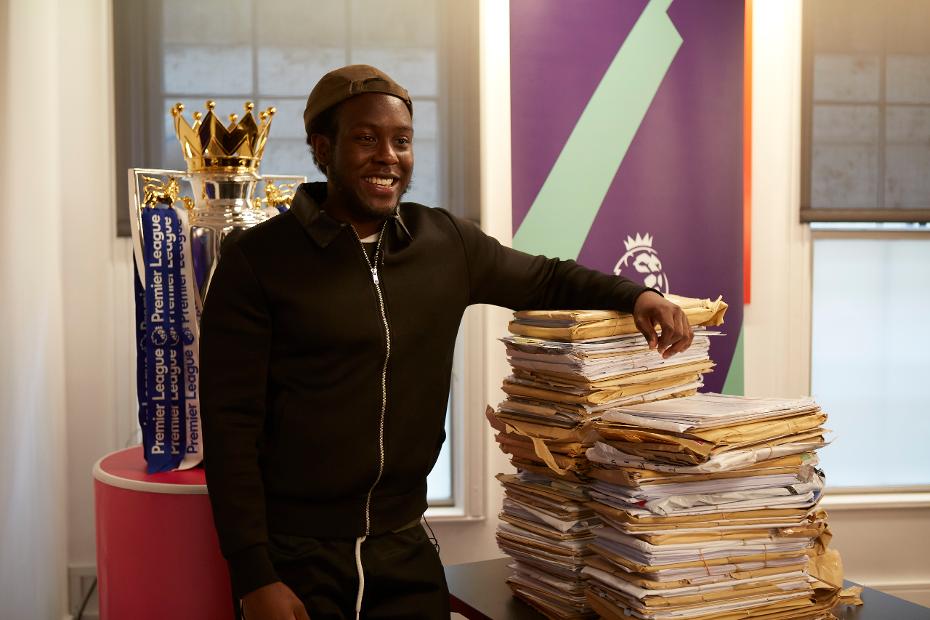 Being a young person and dealing with the pressures of the modern world can be challenging.

"When I was younger, I felt I could make a lot more mistakes and learn from them without having to pay social and academic consequences.

"But now, exams are harder, competition for schools, colleges and universities has all grown while being a young person growing with social media is tough."

Getting young people to talk and express their feelings is an important way to cope with the difficulties of growing up.

"Interesting"
"Captivating"
"Magnificent"@CalebFemi5, the Young People's Laureate for London, knows a good poem when he hears one... pic.twitter.com/twcuzqMmX7

That is why Caleb wanted to be a judge for the Premier League Writing Stars poetry competition.

The competition gave primary schoolchildren the chance to write verse in its many forms based on the theme of resilience.

It struck a chord, with more than 25,000 poems being sent in from kids in England and Wales.

"As adults, we want young people to be able to express themselves and talk about funny things and also the more difficult things," Caleb says.

"It's important in this day and age where we are more concerned about the mental health of young people.

"This is really a good movement to encourage young people to talk about their feelings and about what they are going through a lot more.

"That you can say, I am going to write about this particular moment in my life and I know that it's been heard and taken seriously is a good impact and why this scheme is so important."

The winners of the PL Writing Stars competition will be announced soon.