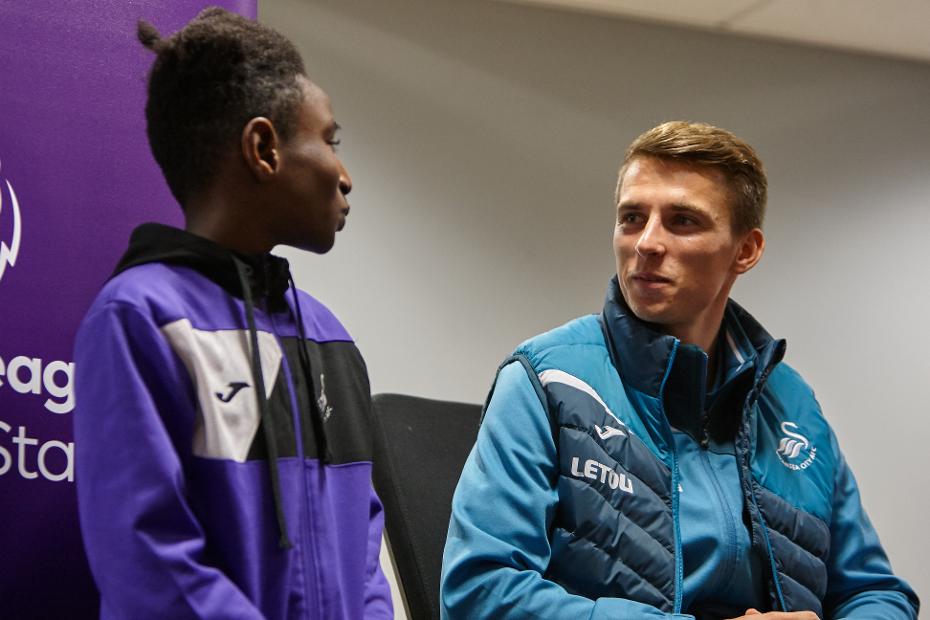 "I feel really inspired by Premier League Primary Stars as it pushes me to never give up."

MJ from Bryn Primary School, in Swansea, wants to become a Premier League player and the PL Primary Stars programme is helping to inspire him towards that goal.

He had the chance to compete against his heroes in a rhyme battle with Swansea City midfielder Tom Carroll and club ambassador Lee Trundle.

"It was an amazing experience," MJ told Swansea City's official website. "I hesitated a bit but I managed to win."

MJ was one of 40 pupils from the Ysgol Brynteg and Bryn schools, who were invited to the event at the Liberty Stadium by the Swansea City Community Trust having signed up to PL Primary Stars.

The children had to write poems around the theme of resilience as part of the Premier League Writing Stars competition, which is inspired by the William Hickson poem "Try, Try Again".

"It's great to be talking to the kids about how it's important for us to show resilience every day on the football field," Carroll explains. "And with them if they are having trouble with their schoolwork or if they are finding things tough."

And this theme of resilience resonates with MJ and his dream to become a professional footballer, no matter what setbacks may happen.

"I want to become a Premier League footballer so it was great to have Tom to look up to," MJ says.

Teachers and parents have until 22 December to register or nominate their child's school to take part in the Premier League Writing Stars competition at PLPrimaryStars.com.