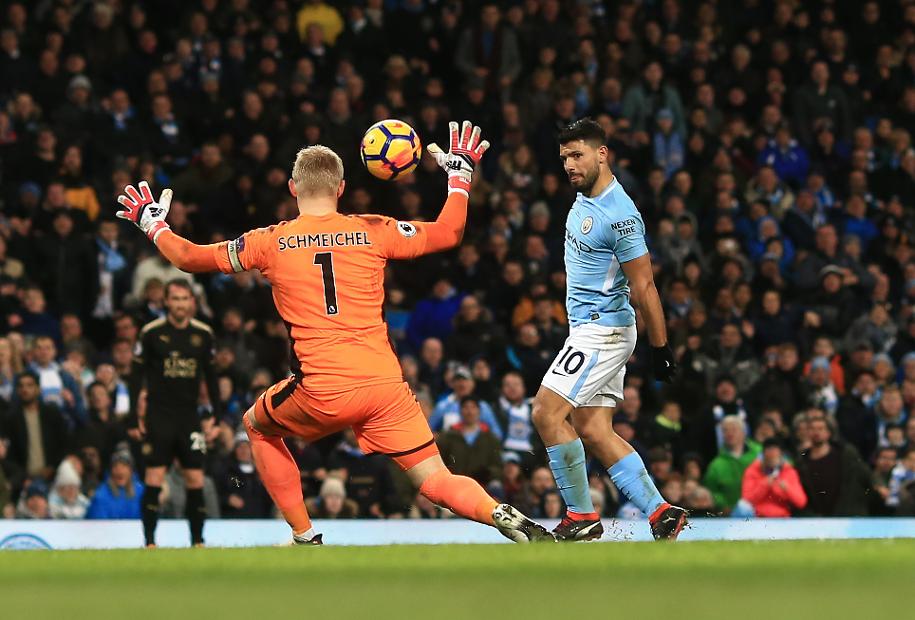 Man City striker's quadruple against Leicester puts him above Shearer, Cole and Fowler for high-scoring performances

The goalscoring feats of the Premier League's three leading marksmen continued at the weekend.

Mohamed Salah matched a record for left-footed goals in a PL season while Harry Kane struck his seventh goal in seven matches against Arsenal.

But, Sergio Aguero achieved something none of the others, nor legends such as Alan Shearer or Andrew Cole, have managed.

His four goals in Saturday's 5-1 win over Leicester City was the third occasion that the Manchester City striker had struck at least four times in a Premier League match.

The 29-year-old also netted four times against Tottenham Hotspur in October 2014 and then scored five against Newcastle United a year later.

Aguero is the first player to achieve such a hat-trick.

The last player to achieve this feat in top-flight history was Ian Rush, for Liverpool between 1982 and 1984.

Aguero's four strikes on Saturday also took him to 21 PL goals this season.

It is the fourth consecutive season he has reached 20 goals, matching Shearer, Kane and Thierry Henry, the latter achieving it for five campaigns in a row.

It was also the first time that a player had struck four times in one half of a PL match since Solskjaer did so after coming off the bench for Manchester United in their 8-1 win at Nottingham Forest in February 1999.