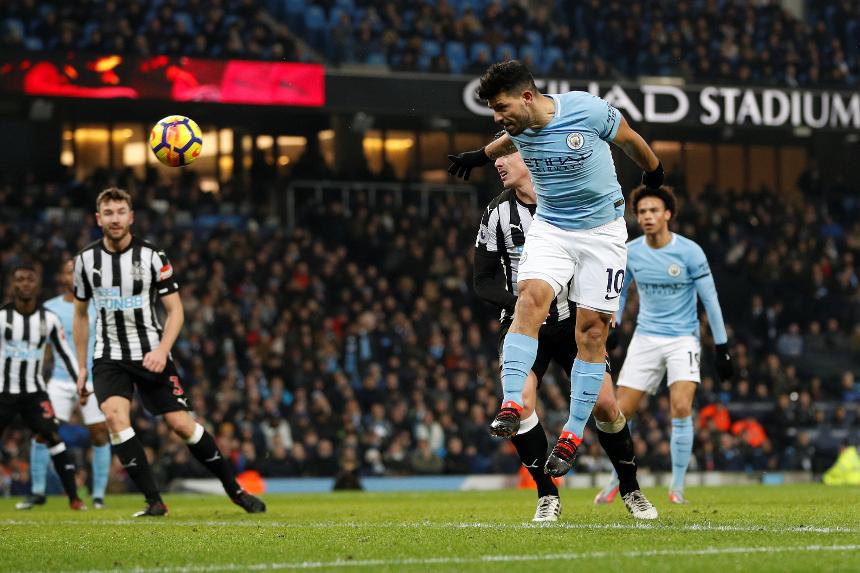 With his treble against Newcastle United on Saturday, Manchester City striker Sergio Aguero became only the third player to score more than one perfect hat-trick in the Premier League.

The 29-year-old headed in the first goal, the ball flicking his hair from Kevin De Bruyne's cross, and struck the penalty with his right foot to make it 2-0, before finishing off Leroy Sane's superb run with his left foot to give City a 3-1 win.

His previous perfect hat-trick came against the same opponents, Newcastle, in October 2015, three of five goals in total that day.

That was also the last time a perfect hat-trick was scored in the Premier League.

Aguero moves alongside Yakubu Ayegbeni on two in total and one behind Robbie Fowler, who is the only player to have scored three perfect hat-tricks.

Twenty-seven other players have registered the perfect treble, but, remarkably, the Premier League's two other leading hat-trick scorers after Fowler, Alan Shearer and Harry Kane, are not among them.

Shearer has 11 hat-tricks in total and Kane eight, but less prolific scorers such as Jordi Gomez and Kevin Nolan can claim they achieved something the two strikers have not.