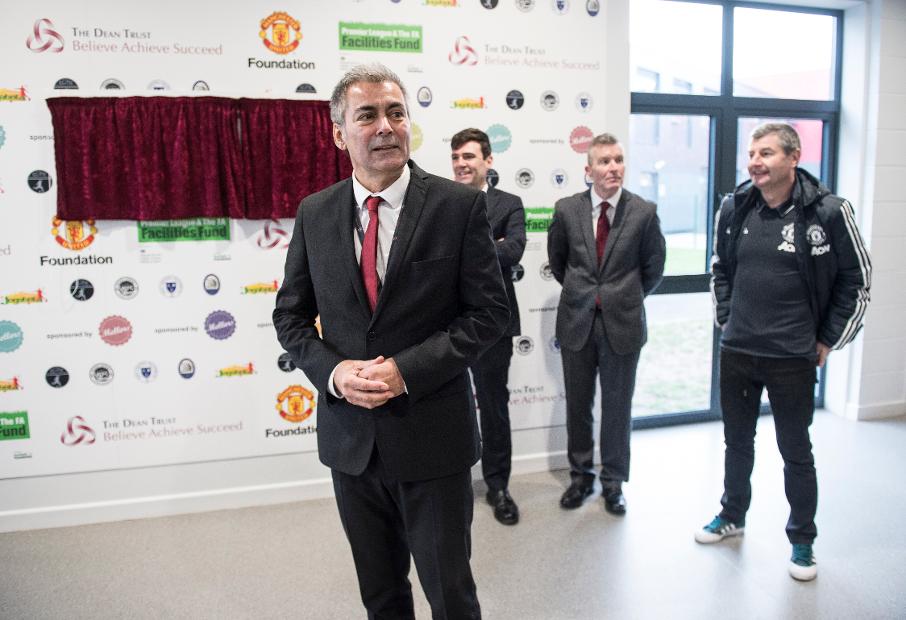 Burnham: The game has not forgotten its roots
Scholes: These facilities will have an unbelievable impact
What is the Premier League & The FA Facilities Fund? External Link

"It's very simple. If you are in school, you will do well."

For Tarun Kapur CBE, Dean Trust Ardwick, a secondary school in a suburb of Manchester, was a way to change the outlook for the people living there.

"Ardwick is perceived as pretty tough," says Kapur, CEO of the Dean Trust. "It's in one of the most deprived wards in the country.

The school was opened in Manchester in 2015 in an area in real need of investment.

"The school is located on an old mill and scrubland that was used for drug running.

"So the local community was delighted they had something nice to look at, something their children could use."

The school had many things to be proud of, including a 3G pitch, but it was still a struggle to get the kids and the community to use it all day round.

"We had two changing rooms and 1,200 children, which is clearly not enough," Tarun adds. "We wanted to make it a true community school."

That has been resolved with a new sports pavilion built with money from the Premier League & The FA Facilities Fund.

"The children are so proud of their school," Tarun adds. "The pavilion is here for the children of the school but more importantly for the community that we serve.

"We aim to keep them healthy, interested in education, sport, football; it's a real holistic approach to changing a community.

"When they see young people enjoying themselves in an organised and safe manner, they feel much more secure in where they live.

"As our children have something special to come to school for, those who might think otherwise now want to be in school to use the facilities.

"If it's open before school starts, they will come in and then they will be early for lessons.

"It's very simple. If you are in school, you will do well."

The pavilion was built with a grant of £676,098 from the Facilities Fund, delivered by the Football Foundation, and it will also help the Manchester United Foundation, who have coaches working with the children at the school from dawn until dusk.

"For those youngsters who could just drop off the edge, the Foundation helps us to spot them early and re-engage them," Tarun says. "It's a route to college, university and employability.

"Looking out on the pitch now, we have a mixed group of girls, some wearing hijabs, who traditionally may not have played football.

"There isn't much money here but what we are trying to do is provide something which the community can feel proud of as it belongs to them."