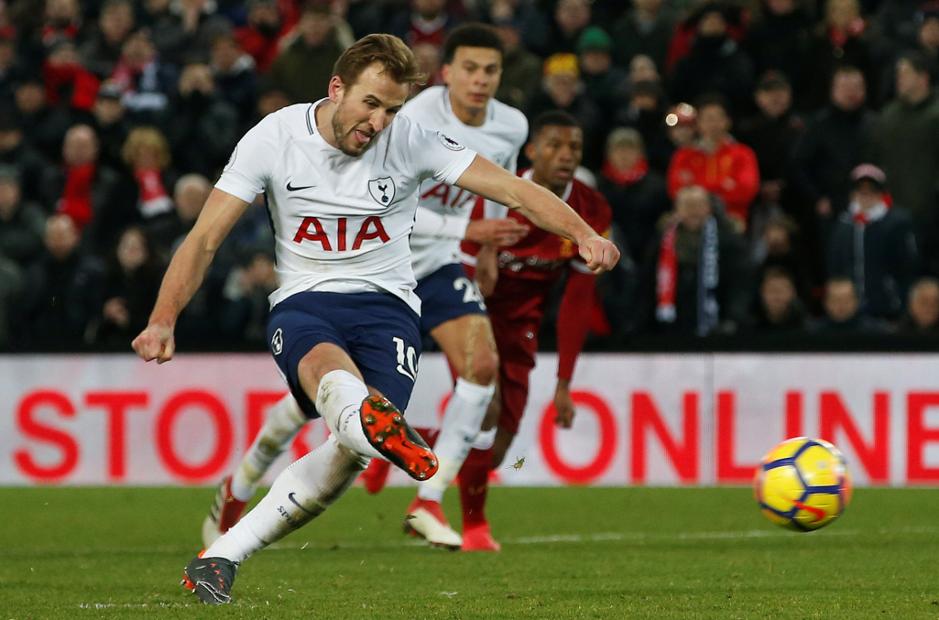 Harry Kane struck his 100th Premier League goal with a penalty in stoppage time as Tottenham Hotspur rescued a 2-2 draw with Liverpool in a frantic finale at Anfield.

Liverpool thought they had won the match through Mohamed Salah’s superb goal in the first minute of added time.

That goal came just four minutes after Kane had missed a penalty that would have put Spurs 2-1 up but Loris Karius saved.

Salah had opened the scoring after just 134 seconds, pouncing on Eric Dier’s misplaced pass for his 20th Premier League goal of the season.

After the break Spurs took the game to the hosts and Victor Wanyama, shortly after coming on, equalised on 80 minutes with a powerful shot from 20 metres.

The shared points mean Liverpool go a point above Chelsea in third, while Spurs are a point behind the Blues, who play Watford tomorrow.