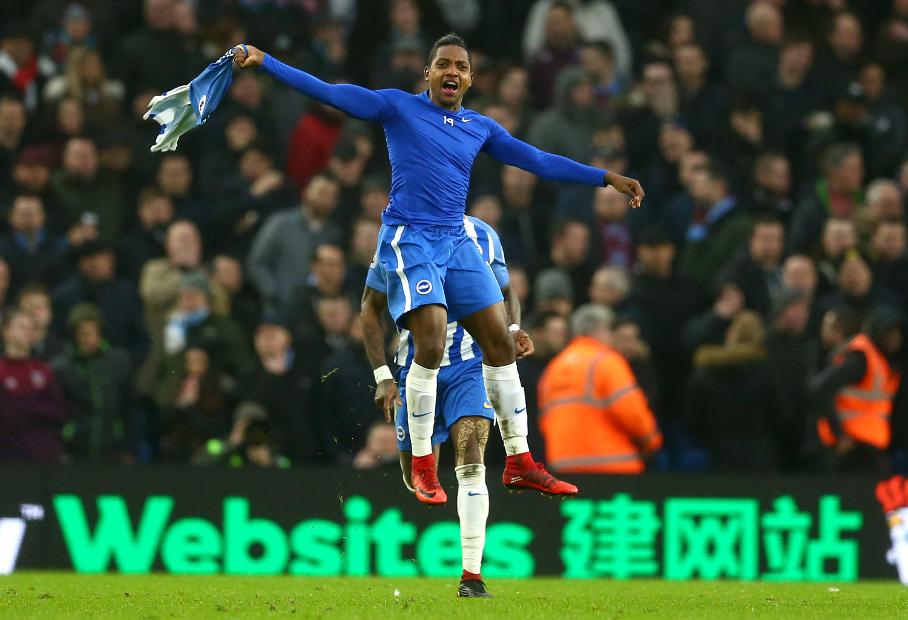 Glenn Murray had given the Seagulls an early lead when he converted Anthony Knockaert's through-ball.

Chicharito equalised on the half-hour with a dribble inside the area and shot into the top corner.

Izquierdo restored Brighton's lead with a delightful curling shot from the edge of the area on 59 minutes and Gross made it 3-1 with a fierce strike.

The win takes the Seagulls 13th, level with the Hammers on 27 points.