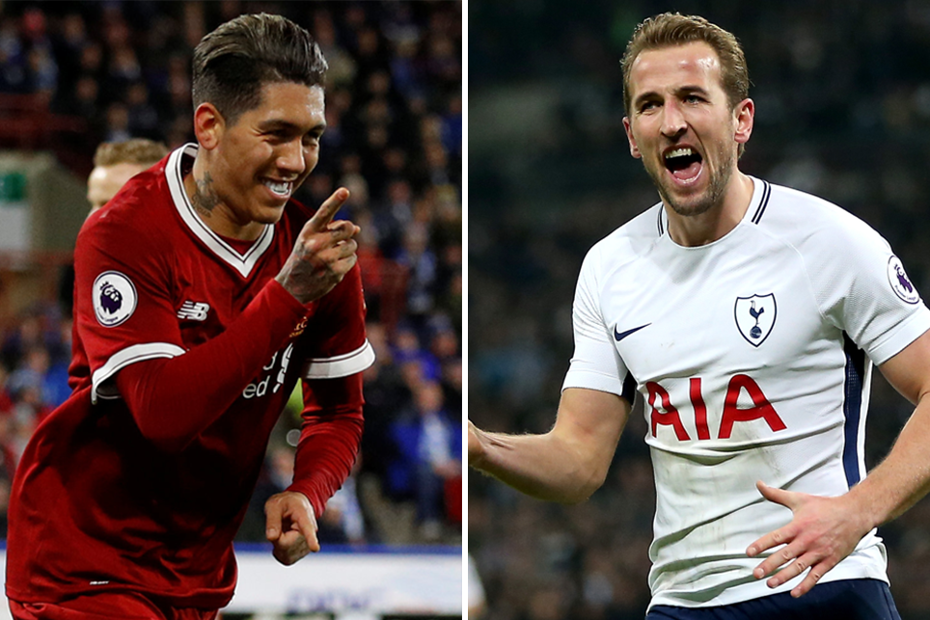 Two contrasting forwards will be on display at Anfield, Adrian Clarke says, but both are likely to star on Sunday

Roberto Firmino: We're not thinking about 'revenge' - only trying to win External Link

Jurgen Klopp and Mauricio Pochettino are regarded as two modernist managers with a shared desire to produce fast-paced attacking football.

But their choices of centre-forward outline a marked difference in their approach to the game.

Harry Kane is an out-and-out striker, who reserves most of his energy on finishing chances.

Scoring with four headers, eight right-footed and nine left-footed shots this season, with three from outside the box, the Tottenham Hotspur talisman is as accomplished as anyone in the world at the art of finishing.

Creating chances is not Kane's priority, nor is regular link-up play.

In his last match against Manchester United, for example, he completed only 12 successful passes.

That is not an issue for Spurs because Pochettino completes the make-up of a balanced attack with the guile of Christian Eriksen, the movement of Dele Alli, and the penetration of the speedy Son Heung-min.

With athletic full-backs providing a supply line of crosses, Spurs' support cast is built to complement their star striker's game.

They cover all bases so Kane can focus on what he does best.

Klopp flips that outlook in the construction of his own forward line.

For Liverpool it is Roberto Firmino, floating around from a central position, who offers much of the craft, creativity and movement.

He is elusive to mark and keen to show for the ball, completing 30 of 40 passes against Huddersfield Town in midweek.

Much of the Brazilian's game is designed to release team-mates into space.

Sadio Mane and Mohamed Salah benefit enormously from a forward of Firmino's ilk.

Without him taking defenders away from areas Mane and Salah want to drive into, they would be far less effective.

Out of possession Firmino is also integral to the way Liverpool retrieve the ball. Statistically he is the squad's third-most successful tackler.

Firmino is also a clinical finisher.

When looking at the numbers, the Liverpool star is more accurate and deadly with his conversion of chances than Kane.

He simply doesn't get into as many positions to shoot.

As witnessed in recent weeks with brilliant individual efforts against Manchester City and Huddersfield Town, Firmino is a scorer of wonderful goals.

However, outside the box he does not pose a serious threat. All 11 of his goal have come from inside the 18-yard area.

While Kane is rightly lauded as one of the world's top strikers, he will be no more invaluable to Spurs than Firmino will be to Liverpool this weekend.

The shape and angles of both teams' contrasting forward line strategies will be built around the differing qualities they each bring to the table.

Both have been outstanding form against their top-six rivals in 2017/18 too, so you can expect at least one of them to have a huge influence on the contest.