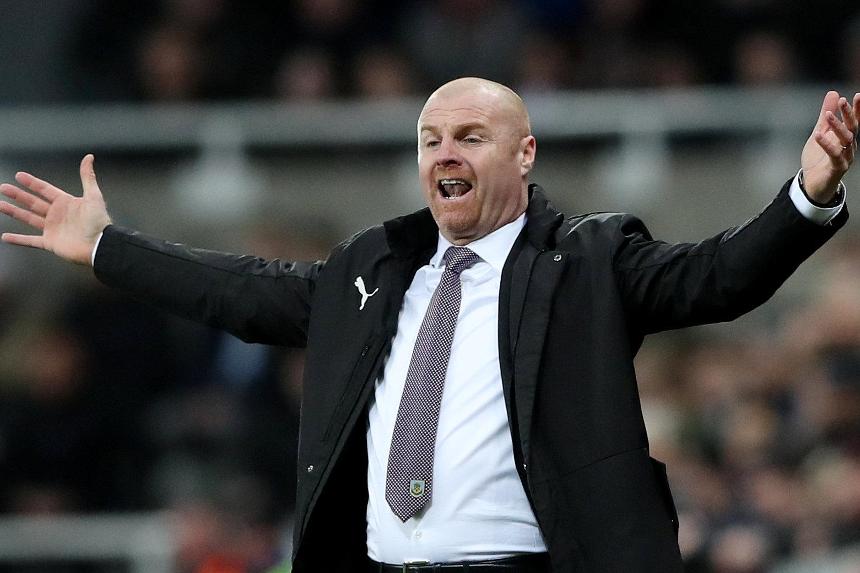 Victory over Stoke City on 12 December sent Burnley into the top four, but they have since gone eight matches without a win.

They will kick off Matchweek 26 at home to Manchester City, hoping to end a run that is threatening the Clarets' European hopes.

Accruing just four points from the last eight Premier League matches has been a disappointment, but perspective is needed.

Four of those outings were against top-five teams and Burnley’s other encounters were all away from home.

There is no need for Sean Dyche, or the Clarets fans, to start panicking.

It is perhaps no coincidence that Burnley have toiled during a spell without their first-choice striker, Chris Wood, and left-back, Stephen Ward.

Wood offers the Clarets a more all-round package up front than his deputy, Ashley Barnes.

The New Zealander is significantly more accurate when chances fall his way.

His added speed and power distracts defenders and, because he’s also strong in the air, Wood’s presence gives team-mates a range of options.

Wood can come short, spin in behind or compete for headers.

This helps the Burnley defenders and midfielders who want to go from back to front with a pass.

Barnes, by contrast, is a more rugged target man who loves to get involved in a physical battle.

When he plays, the Clarets tend to go longer and more direct, so making the team’s style has been more predictable.

Ward has also been sorely missed. While Charlie Taylor has come in and performed well, Ward is a key part of Dyche’s first-choice defence.

He is far more aggressive than Taylor, winning 76.9% of his tackles, compared with the understudy’s 30.8%.

This is especially useful when the left-back has to tuck in to cover as a supplementary third central defender.

Ward’s ability to repel danger from inside the box gives the team greater stability when put under pressure.

Burnley’s record with Ward in the side is also outstanding.

If reports that Ward may return for the match on Saturday are true his comeback should make a positive difference.

Burnley’s play has not shown any major signs of deterioration.

Going forward they have scored more than one goal in only one their last 11 league matches.

But even before, when they were flying high, the Clarets only managed to two or more goals in three of 14 matches.

A tight defence and efficient forward play has been the cornerstone of their success.

My other observation is that the shape of the side has been slightly less compact of late.

Pushing bodies forward in search of goals, opponents have been stretching them on the counter-attack or from turnovers in a way we rarely saw early on this season.

This may have had an influence on Burnley starting to concede second-half goals.

Weaker as matches go on

Tiring from their early-season exploits, and with a comparatively small squad, eight of the last 10 goals conceded by Dyche’s men have arrived after half-time.

Despite disappointing recent results, though, Burnley's drop-off in standards has been minimal.

It is not going to be easy to break the winless cycle on Saturday lunchtime against the league leaders, but the next victory for Dyche's side does not seem too far away.