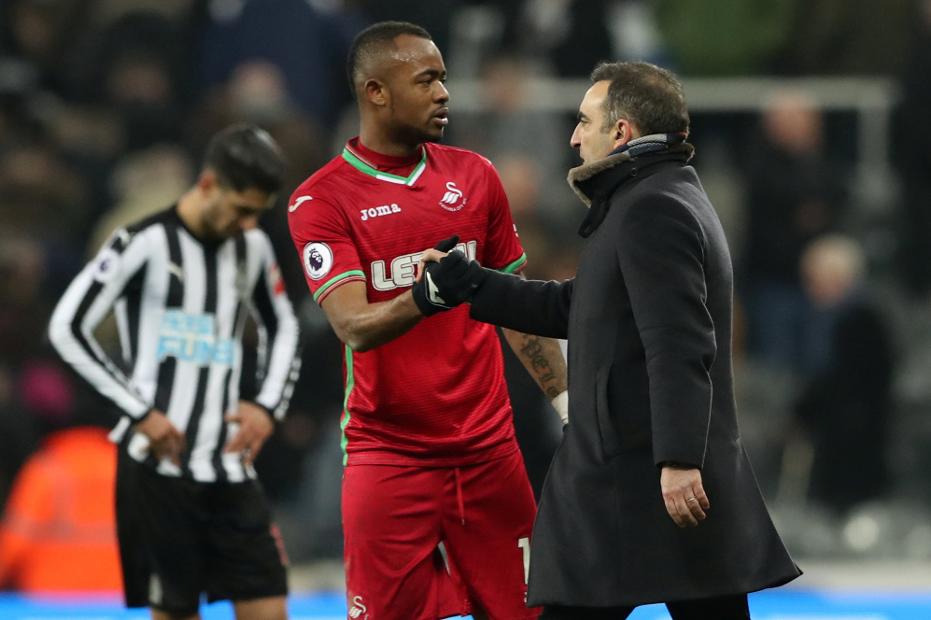 As soon as he took charge of the club in late December Carlos Carvalhal made it his mission to restore the self-belief of Swansea City's players.

The Welsh club have since recorded three wins and a draw from the new manager's first five matches, the same points tally as in the previous 18 matches under his predecessor, Paul Clement.

Performing with renewed confidence, with and without the ball, the team's transformation has been spectacular.

Carvalhal has also shown tremendous tactical variation and has provided his players with fresh ideas they have embraced.

He has used four different systems to date and, tellingly, none that were used by the previous regime.

The 5-4-1 used in victories over Liverpool and Arsenal is a shape they had clearly worked on at the training ground.

Across those two testing matches Swansea only averaged 27 per cent possession, and spent only 12.3 per cent of their time inside the final third.

A similar approach can be expected at Leicester City on Saturday.

By maintaining high concentration levels and having a clear understanding of their off-the-ball requirements, the Swansea players ensured goalkeeper Lukasz Fabianski was not overworked.

Indeed, the Pole made only seven saves across the two matches, lower than his season's average of 3.8 per match.

One of the hallmarks of Carvalhal's side is his industrious but narrow midfield unit.

He prefers his wide players to tuck in by default to solidify the spine of the pitch. This has made Swansea far more compact, a change that was needed given how open they had been.

Over the last two matches Sam Clucas and Nathan Dyer have been outstanding in those wide roles, relentlessly closing off space, before springing into life on the counter-attack.

Clucas is well suited to an inverted left midfield role and was Swansea's hardest-working player against Liverpool and Arsenal.

One other huge bonus for Carvalhal is the excellent form of striker Jordan Ayew.

The Ghanaian has always had a high workrate but regular goals have proved elusive.

The Portuguese coach has trusted him and as a consequence we have seen more self-assured performances.

There will be stiff competition for a starting berth up front between now and the end of the season, with his brother Andre rejoining the club this week and both Tammy Abraham and Wilfried Bony also vying for a place.

But he is playing too well to leave out at the moment.

As well as exerting himself physically he is also performing with positivity and confidence on the ball, making him just the kind of spearhead Swansea need for Carvalhal's Premier League escape plan.

Part 2: Dyche and Burnley have reason to cheer
Part 3: Firmino and Kane deadly in different ways