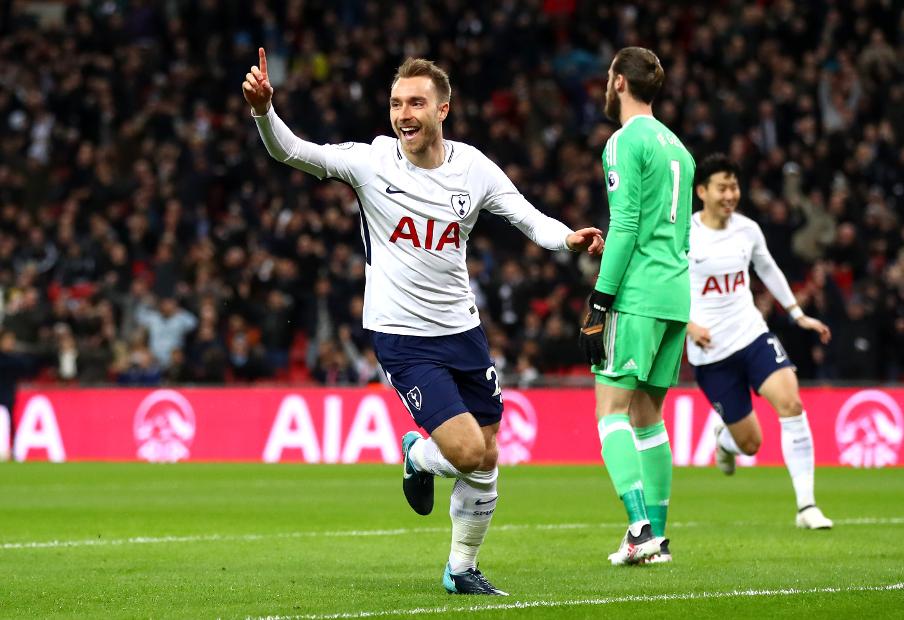 Phil Jones also scored an own goal as Spurs won three consecutive home matches against the Red Devils for the first time in the Premier League.

Directly from the kick-off, Harry Kane and Dele Alli flicked on Jan Vertonghen's long ball before Eriksen swept in the quickest goal of the season.

Jose Mourinho's side nearly equalised immediately but after being put through by Alexis Sanchez, on his PL debut for United, Jesse Lingard was thwarted by Hugo Lloris.

In ending United's eight-match unbeaten run and moving to within two points of fourth-placed Chelsea, Spurs also set a competition attendance record of 81,978.