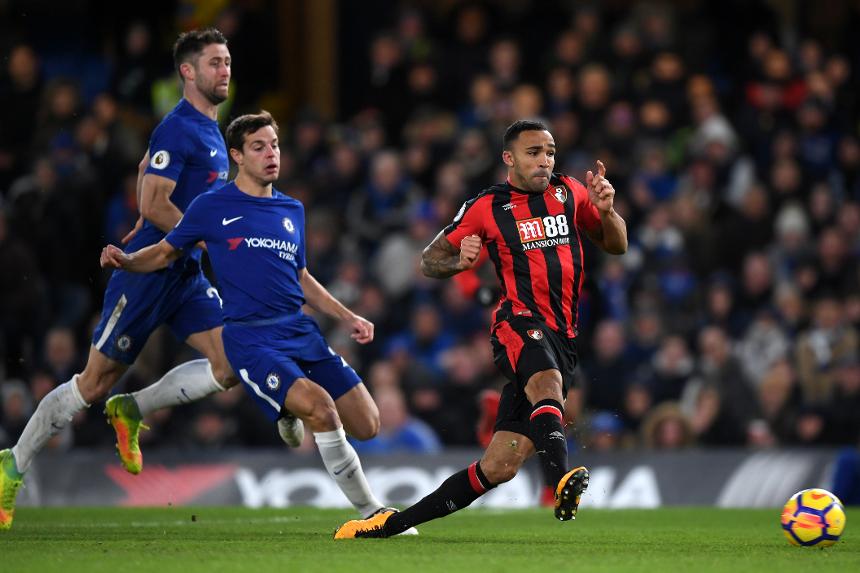 Wilson turned provider for the second on 64 minutes, feeding Junior Stanislas who poked the ball through Thibaut Courtois's legs.

It got worse for Chelsea three minutes later when their former defender, Nathan Ake, turned a loose ball into the far corner.

New signings Olivier Giroud and Emerson Palmieri watched from the stands as Chelsea fell to a third home defeat of the season.

They drop to fourth on 50 points, while AFC Bournemouth move up to 10th.