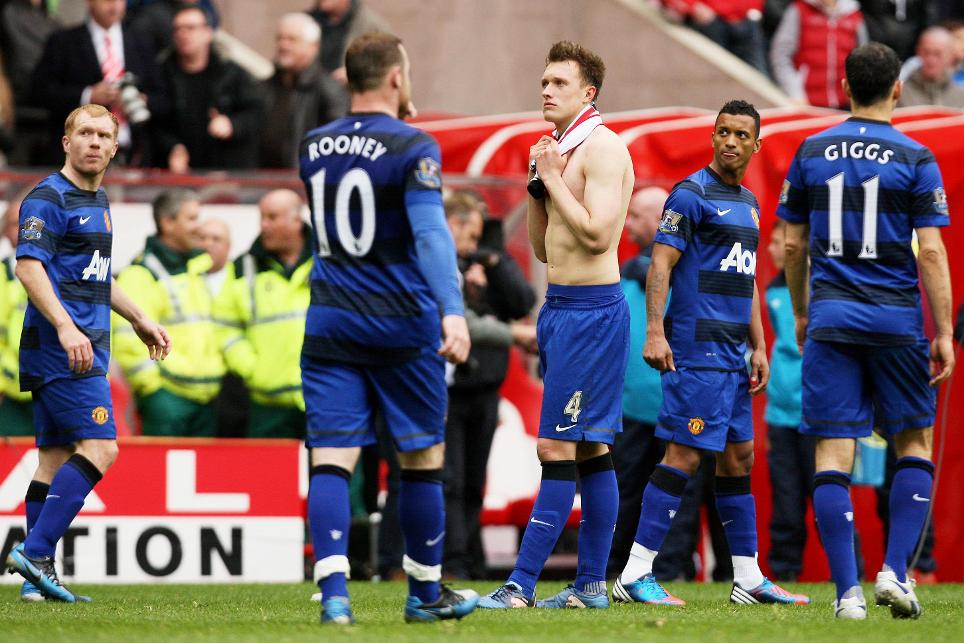 Man Utd fan Sam Pater had a tense wait before finishing first out of 2.8 million participants in 2011/12 game

For Manchester United follower Sam Pater, the last day of the 2011/12 Premier League season was a nervy, tension-racked experience.

But not just because the team he supports was attempting to win the title.

The headteacher was in the running to win Fantasy Premier League; his team, samcity, had a chance of finishing first out of an incredible 2.8 million players in the biggest fantasy football game in the world.

Pater admits it was a fraught conclusion to the campaign as he constantly checked his team's score against the other two who could realistically challenge him for the title of Fantasy King.

"I was surprised at how nervous I was actually," Sam told premierleague.com. "I suppose in the month or two building up to it I'd thought about it a fair bit, so it meant quite a lot on the last day.

"I had my brother-in-law - who introduced me to the game six years ago - round and told my four kids who to cheer for if any of my players scored, and we watched Final Score on the BBC.

"I knew it was between one of three teams at the top, so I wrote the other two guys' teams down and was constantly checking.

"There were plenty of ups and downs - like celebrating when my captain Rafael van der Vaart got an assist after two minutes, but then going through agony when he was taken off after 59 minutes!

As Manchester City celebrated their incredible Premier League title triumph, Sam was none the wiser. Locked at the top with Garry Bothwell and his side - ironically - called 'Maybe Next Season?', the title was to be decided by bonus points.

Bonus points were awarded the day after the Gameweek was completed to the three best performing players in each match, according to the EA SPORTS Player Performance Index.

And so the two tied at the top of the leaderboard were faced with a sleepless night, wondering if their players had done enough to have earned the crucial extra points needed to secure victory.

"I thought I might get one or two bonus points for Nikica Jelavic, but couldn't see anyone else scoring - and I looked at Garry's team and thought he might get them for one player too," said Sam.

"I'd made more transfers than him over the season, so I knew if we finished level on points he would win. I think in the last couple of months I had every football statistic in the world in my head, and then it all came down to a couple of bonus points.

"I refreshed like mad on the Monday morning - while doing some work of course - and it felt like ages before it updated, but in the end I got bonus points from Jelavic and Antonio Valencia and won by four."

Running since 2001/02, Fantasy Premier League is the most popular Fantasy Football game in the world, having started with 74,000 players in its first year.

Participants come from all over the world and as far afield as Mongolia and Brunei, with 51% of players from the UK and 94% of the overall total being male.

First prize is a VIP trip to a Premier League match for two, travel to and from the match, two nights' hotel accommodation for two and £250 cash spending money.

Sam is keen on going to watch Manchester United play next season, and though he is going to treat his long-suffering wife to the hotel stay, he will be going to Old Trafford with a friend.

So, how did it feel to beat so many people to first place?

"It's a very bizarre feeling, I have to say," said Sam. "Has it sunk in? Yeah, just about. I wake up and feel normal, but then I remember I was first out of 2.8 million people!

"It's totally strange - the probability is so bizarre. I'm a celebrity now - I'm just waiting for the Strictly Come Dancing offer to come in.

"But when the league got updated on the Monday morning and I was there, top of it, it felt strange because it's just a screen and I wondered what would happen next.

"Sure enough an email came in with the subject heading 'Fantasy Premier League Champion 2011/12' and I thought 'Yeah, that's impressive'.

"It's amazing how news spread around. Everywhere I go someone mentions it. It happened at a PTA meeting, and I hadn't even told anyone there directly.

"I guess it's just so unlikely that someone would know the guy who won it out of that many people.

"But I'm so gutted for Garry, who finished second. I'd have been gutted to lose after being so close, devastated. I'm really gutted for him - if I have any message for him, I'm just really sorry."

Of course it would have been remiss of us at premierleague.com not to ask Sam what his secret is. After all, we count ourselves among the participants striving for Fantasy Premier League perfection.

"When you come first out of so many people, you can start to think it's all down to skill," he said. "You start thinking: 'Well how could I have won otherwise?' You think it's inconceivable you could've been that lucky.

"But my one tip for anyone is this: Never, ever believe a hunch.

"Hunches never pan out - the higher you get in the league the more you think everything you touch will turn to gold, but whenever I went on a hunch it always completely failed. Play the odds, that's my advice."

And having finished top of a staggeringly large pile, will Sam be playing Fantasy Premier League in 2012/13?

"Er, I think I need to ask the wife about that one. I usually spend 15-20 minutes a week choosing my team, but as I got closer and closer to the top in the last couple of months, it went to more like an hour every week.

"There were plenty of times in the middle of the night when I'd agonise over who should be my captain, Wayne Rooney or Sergio Aguero, and it does start to occupy your thoughts too much.

"I think I probably did get a bit too involved in the final few months, and though she has forgiven me, I will have to talk it over with her before committing again.

"Though if she enjoys the couple of nights in a hotel that comes with the prize, she might be begging me to do it again!"