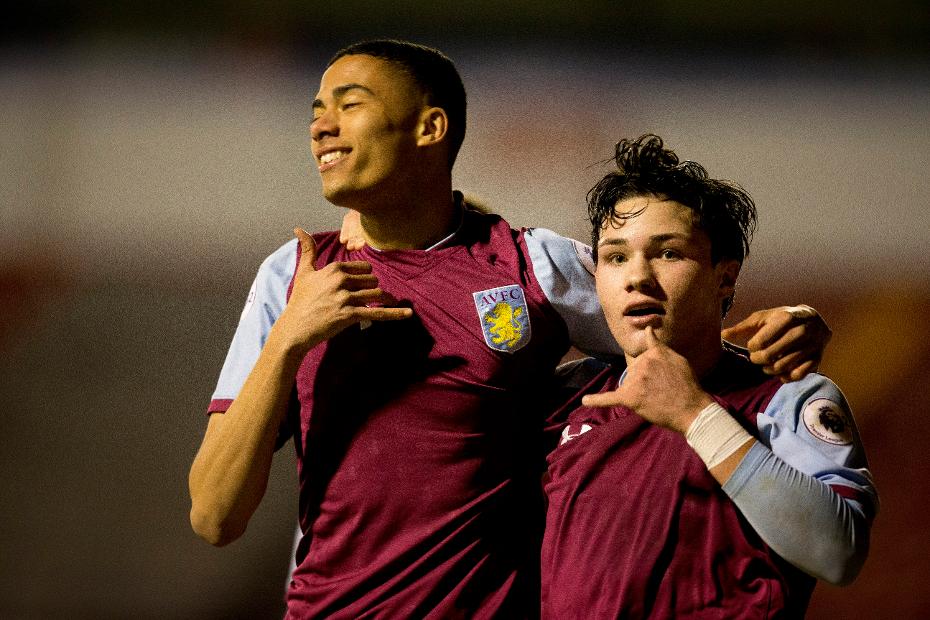 Aston Villa secured their place in the knockout stages with a match to spare by beating Ipswich Town 3-0 in Group E at Hednesford.

Harvey Knibbs (pictured above left) put the hosts ahead with his second goal in four days and substitute Colin Odutayo and Jacob Ramsey sealed victory late on.

Villa now top the group on 12 points, three points ahead of their final opponents Sheffield United and with a superior goal difference of nine.

Ipswich must beat West Bromwich Albion in their final match, hope Villa beat the Blades and that goal difference works in their favour to qualify.